Forbes India – Dollars Or Rubles? Russian Debt Payments Are Due, And Uncertain 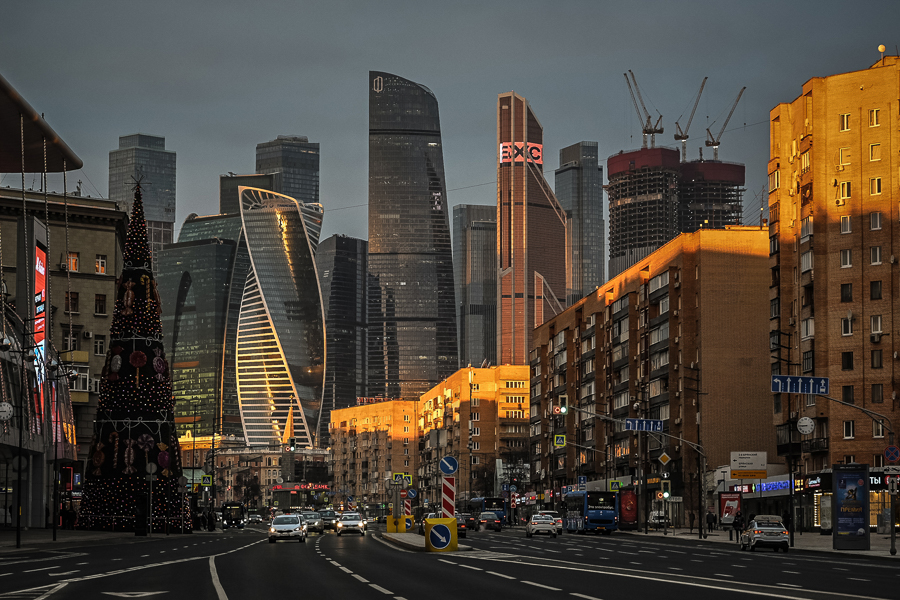 Moscow’s financial district in Russia on Nov. 24, 2021. The Russian government owes about $40 billion in dollar- and euro-denominated debt, while Russian corporations owe about $100 billion in foreign-currency debt. (The New York Times)

Russia is teetering on the edge of a possible sovereign debt default, and the first sign could come as soon as Wednesday.

The Russian government owes about $40 billion in debt denominated in U.S. dollars and euros, and half of those bonds are owned by foreign investors. And Russian corporations have racked up approximately $100 billion in foreign currency debt, JPMorgan estimates.

On Wednesday, $117 million in interest payments on dollar-denominated government debt are due.

But Russia is increasingly isolated from global financial markets, and investors are losing hope that they will see their money. As the government strives to protect what is left of its access to foreign currency, it has suggested it would pay its dollar- or euro-denominated debt obligations in rubles instead. That has prompted credit rating agencies to warn of an imminent default.

The Russian currency has lost nearly 40% of its value against the U.S. dollar in the past month. Even if the payments were made, economic sanctions would make it difficult for Western lenders to access the rubles if they are in Russian bank accounts.

“It is not that Russia doesn’t have money,” Kristalina Georgieva, managing director of the International Monetary Fund, told reporters last week. The problem is, Russia cannot use a lot of its international currency reserves, she said, because they have been frozen by sanctions. “I’m not going to speculate what may or may not happen, but just to say that no more we talk about Russian default as an improbable event.”

Last week, the chief economist of the World Bank said Russia and Belarus were squarely in “default territory,” and Fitch Ratings said a default was imminent because sanctions had diminished Russia’s willingness to repay its foreign debts.

Russia last defaulted on its debt in 1998, when a currency crisis led it to default on ruble-denominated debt and temporarily ban foreign debt payments. The crisis shocked the financial world, leading to the collapse of U.S. hedge fund Long-Term Capital Management, which required Federal Reserve intervention and a multibillion-dollar bailout. If Russia failed to make payments on its foreign currency debt, it would be its first such default since the 1917 Russian Revolution.

Foreign investor interest in Russian assets fell in 2014 when sanctions were imposed after the country annexed Crimea and never fully recovered before more sanctions were imposed by Washington in 2019. But holdings are not negligible. Russian government bonds were considered investment grade as recently as a few weeks ago, and they were included in indexes used to benchmark other funds. JPMorgan estimates that international investors own 22% of Russian companies’ foreign currency debt.

Funds managed by BlackRock, the world’s largest asset manager, have incurred $17 billion in losses on Russian assets, including equities, in recent weeks, according to the firm. The loss in value has a number of causes, including investors selling their holdings.

But so far, regulators have said the risk to global banking systems from a Russian default would not be systemic because of the limited direct exposure to Russian assets. The larger ramifications from the war in Ukraine and Russia’s economic isolation are from higher energy and food prices.

Still, financial companies have been scrambling to assess their exposure, according to Daniel Tannebaum, a partner at Oliver Wyman who advises banks on sanctions.

“I’m seeing a lot of clients that had exposure to the Russian market wondering what type of default scenarios might be coming up,” said Tannebaum, who is also a former Treasury Department official. In the case of a default, “those bonds become worthless, for lack of a better term,” he said.

On Monday, Russia’s finance minister, Anton Siluanov, accused the countries that have frozen Russia’s internationally held currency reserves of trying to create an “artificial default.” The government has the money to meet its debt obligations, he said, but sanctions were hampering its ability to pay. Siluanov had also said over the weekend that the country had lost access to about $300 billion of its $640 billion currency reserves.

The government insists investors will be paid. The finance ministry said Monday it would send instructions to banks to issue the payment due on dollar- or euro-denominated bonds in dollars or euros, but if the banks do not execute the order, then it will be recalled, and payment will be made in rubles instead. The statement also said that the payments could be made in rubles and then converted to another currency only when the country’s gold and foreign exchange reserves are unfrozen.

“In any case, obligations to our investors will be met. And the ability to receive the funds in foreign currency will depend on the imposed restrictions,” Siluanov said.

But the statement does not provide a clear vision of what might happen Wednesday. U.S. sanctions allow for the receipt of payments of debt obligations until late May, so the reasoning behind the Russian finance ministry’s claim that banks might refuse the payments is unclear. The payments due Wednesday also have a 30-day grace period, so a default would not technically happen until mid-April. But Russia has already blocked interest payments on ruble-denominated bonds to nonresidents, a sign of its hesitancy to transfer funds abroad.

While the Russian finance ministry said it could meet its obligations by paying in rubles, others disagreed.

“In order to avoid a default, the only way that Russia can really navigate this is to send the full payment in dollars,” said Trang Nguyen, an emerging markets strategist at JPMorgan.

Body of student killed in Ukraine will be brought to India on Monday, not Sunday: CM Bommai
Ukraine-Russia war may spoil the taste of the plate? People are stocking these things in India
This BJP candidate made a historic record by winning by more than 2 lakh votes.
Previous Post

CRPF DG Kuldeep Singh claims – wherever terrorists take shelter, they will not be spared

CRPF DG Kuldeep Singh claims – wherever terrorists take shelter, they will not be spared