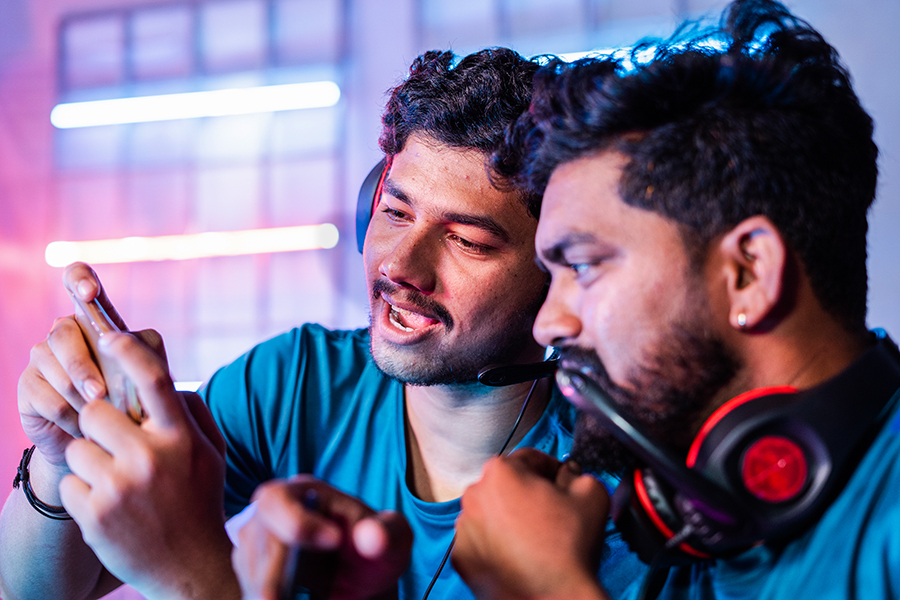 
The Indian gaming and esports market is on top of its game at the moment. With the pandemic and the stay-at-home users giving the segment the initial bump it needed, gaming companies are now setting the stage to scale up their businesses, generating interest amongst corporates and investors alike. Thanks to global venture capital (VC) funds these companies are now looking at growing not just their user base but also their offerings and revenues.


Popular gaming and esports companies like MPL, OneTo11, WinZO, Rooter and many others have secured investments from global venture funds in the last one year.
According to investment promotion agency Invest India, led by global funds, venture capital funding for Indian gaming startups stood at $350 million between 2014-2020 and it is growing at a CAGR of 22%. Marquee VCs like Sequoia, March Gaming, Accel, Kalaari, Legatum Capital, Goal Ventures, Blume, Steadview, Matrix and others have made significant investments in the sector.
In fact, last year, between January and September the total value of investments in the sector touched $1.6 billion surpassing the total value of investments in the category in the last five years. Experts foresee 2022 to get bigger in terms of investments.

Lokesh Suji, director at Esports Federation of India says the two big reasons why India is attracting global venture funds are its user base and revenue potential.

“While the average revenue per user (ARPU) is low at the moment for the India market, the user base is huge and that opens up a huge opportunity,” Suji tells us.

A latest KPMG report says that the online gaming market in India has seen tremendous growth of late, driven, in part, by the surge in digital usage. The revenues have nearly doubled over a period of four years, reaching Rs 43.8 billion in FY18 and are expected to grow further at a CAGR of 22.1 per cent from FY18-23.
The proliferation of affordable smartphones, high-speed internet and falling data prices are the primary catalysts for this rapid growth. The gaming companies are now looking at pushing the numbers further with their expansion plans.

MPL (Mobile Premier League), that raised Series E round of financing led by Legatum Capital at a pre-money valuation of $2.3 billion in September 2021, recently began operations in the US. It also completed two years of operations in Indonesia and would be using the fresh infusion of capital for multiple purposes.

Naman Jhawar, senior VP at Mobile Premier League (MPL) says the money would be used for building their business in the US, investing in its home-grown technology and brand building.

Some others like Rooter have specific targets when it comes to areas of investment. Rooter, which raised $25 million in a Series A funding round led by investors like Lightbox, March Gaming, and Duane Park Ventures, wants to acquire their next 50 million users in twelve months’ time.

“Building the brand is very important to us to gain traction. Of our total spends almost 60 percent will go towards marketing followed by 30 percent that would be invested in technology and 10 percent in overhead costs,” says Piyush Kumar, Founder, and CEO of Rooter.

Towards mid-year, Rooter would start making significant investments with new media strategies for increasing reach and access in the market.

The plan is to invest in content, streamers and esports tournaments Kumar says.

Similarly, WinZO that raised its latest round of $65 million led by California-based Griffin Gaming Partners intends to utilise the funds it has secured to onboard the next 400 million people coming to the digital grid on its platform and create a trusted household brand that can be a one-stop-shop for all interactive entertainment needs.

WinZo is also focusing on brand building exercises. Given the fact that they are a microtransaction-backed platform, establishing a trusted household brand is very critical to the success of the product, says Paavan Nanda, Co-founder at WinZO.

The social gaming company already sponsors three teams in the The Pro-Kabaddi League and were also the official co-powered sponsor in the India-Australia Series.

Elaborating on brand building Nanda says, “Identifying other such mass-value properties, we announced collaborations as brand partners with movies that celebrate the spirit of sportsmanship, such as 83. We drive our brand campaigns in close collaboration with renowned marketers, the recent one being with Piyush Pandey of Ogilvy. We are also collaborating with digital megastars such as CarryMinati and Bhuvan Bam to further our vision of catapulting the Indian gaming industry to another level.”

With the help of fresh funding, some gaming companies are also looking at NFT creations.

OneTo11 secured $2.5 Million in seed round from capital groups and global blockchain investors would be infusing the fund beyond expansion plans to new markets in Asia, Middle East, Europe and South America.

“We are looking at development of new games as OneTo11 is not just a single game but a collection of multiple games designed to match different gamer personalities. The new games being developed will be RPG games with NFT creation and trading capabilities which are quite useful for hardcore gamers that like playing games with long term engagement and large gamer communities,” says Anirban Chatterjee, COO and cofounder, OneTo11.

What the VCs want

Global investors have long term goals for the Indian market.
Ned Sherman, general partner at California-based venture capital firm Goal Ventures says they are excited about the future of the creator economy and the global gaming marketplace and believe that the mobile gaming market in India, which is being fueled by improved smartphones, increased internet access, popular game titles, and influencers, has significant potential.

Gregory Milken, managing partner at venture growth firm March Gaming, again based in California, US, says that social gaming became a core mode of communication for Indian consumers in the lockdown leading to higher engagement and spending with streaming platforms.

As a result, according to Milken even if India generates a proportionally smaller revenue stream than other markets ($1.8 billion of $305 billion in 2021 global gaming revenue); as user spend increases and the market matures, compelling gaming and streaming content will proliferate from India.

March Gaming, a key investor in Rooter, says their expectation is the platform leverages the robust infrastructure. “Over the next 12 months, we would like to see Rooter focus on scaling the business locally. There are currently over 7.6 million MAU (monthly active users), with the majority based in India. We could reasonably see Rooter growing to 3x scale by the end of 2022. After more scale has been acquired, the focus will switch to international expansion and improving monetisation levers,” says Milken.

BJP got a bang in UP-Uttarakhand, then AAP is doing a clean sweep in Punjab