Forbes India – For This Russian Journalist, The Family Trade Is Dissidence 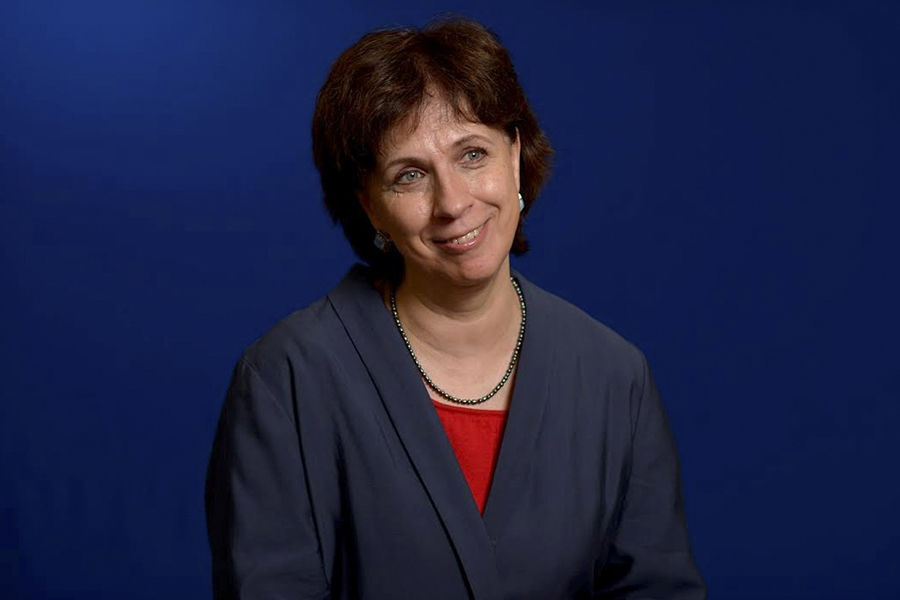 In a handout image, Zoya Svetova, 62, a Russian journalist and the 2018 recipient Magnitsky Human Rights Award. Four generations of Zoya Svetova’s family have stood up to repression. The invasion of Ukraine has shaken them but also given them reasons for hope. (Via the New York Times)

Zoya Svetova, 62, a journalist, is part of a Moscow family with a history of almost a century of activism, and government-imposed punishment, in Russia. She was honored in 2018 with the Magnitsky Human Rights Award, named after a nonpolitical Russian lawyer and tax adviser who died after being beaten in prison, and more recently received a Legion d’Honneur, France’s highest merit. She was interviewed before the Russian invasion of Ukraine and again on March 2.

Q: Your parents and grandparents were called “enemies of the people.” Your son, Tikhon Dzyadko, editor-in-chief of TV Rain (Kanal Dozhd), the only independent TV station in Russia, just left the country with his family, fearing imminent arrest. That was on the same day that Rain was ordered off the air — and on the five-year anniversary of a 10-hour search of your apartment by the Russian authorities. Is being “enemies of the people” somewhat in your family’s tradition?
A: I recently wrote to the FSB (Russia’s Federal Security Service, the successor to the Soviet KGB) seeking the records of my grandmother who served five years in a labor camp in Arkhangelsk in Russia’s far north because she was married to an “enemy of the people,” my grandfather Grigory Friedland, historian of the French Revolution at Moscow State University. He was arrested during Stalinist purges and executed in 1937. She spent five years there and I want to read her file.

My mother, Zoya Krakhmalnikova, a dissident of the Soviet 1980s, also spent one year in jail and five in exile in Siberia, where my father, Feliks Svetov, joined her after he served one year in jail.

There is a continuum here. I am not yet worthy of such a title. (Laughs.) But we’ll see.

The French government gave me an order of the Legion d’Honneur. Vladimir Putin is also a member of this order, although he has the big honor and I am just a small chevalier (knight). I could wake up and find myself proclaimed an enemy of the people. That’s possible.

Q: What was your parents’ supposed crime?
A: They were dissidents and religious activists. My mother collected religious texts. They wrote books which were produced in the West, in Germany. The KGB decided these were anti-Soviet propaganda. My mother’s books were about faith, belief. It’s hard to understand that this was about the same Orthodox faith now widely observed in Russia. Your readers won’t get it. Even Russians can’t understand this — to be jailed for such books.

Q: Did your parents raise you as a dissident?
A: My parents never tried to steer my behavior. I just saw how they lived, and followed their example. And when I got married, at 23, my husband Viktor Dzyadko — he died a year and a half ago — was part of the same crowd as my parents; same understandings, same principles. When it came to raising our four children, we did the same.

So, when in February 2017 there was a 10-hour search at my apartment, the very one where I’m sitting now, the whole family came to support me. At the time, as a member of an official committee, Prison Watch, I was regularly visiting Russian prisons, including Lefortovo in Moscow where my mother was imprisoned 40 years earlier. I did it for eight years, visiting Moscow prisons every week. And I think the FSB was very unhappy that I was telling the truth about the conditions. Those who conducted the search, they asked me directly: Why do you go to prisons to see terrorists and spies?

Q: What did you get the Magnitsky Award for?
A: When I learned of Sergei Magnitsky’s death, I decided to get deeper into the story — got lots of details, wrote 20, 30 articles, and was going to write a book. After Magnitsky died, my goal became: Save the sick. As a member of Prison Watch, we filed official reports, but my articles in New Times were most effective. The men running the prison subscribed to the magazine, and asked: Please don’t write badly about us. They wanted no complications from bad publicity, and sometimes prisoners were released after my article.

Q: But there are many successful people in Russia, including your own sons (Filipp Dzyadko, the oldest, is founder of a popular educational website, Arzamas; Timofey writes for a business newspaper, RBK; Tikhon ran TV Rain). Doesn’t Putin’s system give them wide opportunities for development?
A: It’s an illusion. In the prisons I saw dozens of businessmen there on a fabricated case. The country is run by a mafia — maybe not directly in the American sense. You can live and thrive, but at a certain point you cross the path of somebody and you’re gone. Take Magnitsky. He was an auditor of Hermitage Capital, earned lots of money, was a patriot never involved in politics. But then he wrote to the tax authorities exposing corruption — that was it, he was imprisoned, killed. In their cells, I saw former governors, mayors, prosecutors, state employees. Today you come with a search warrant. Tomorrow you yourself are being searched, stripped, thrown into a cell.

Q: A few weeks ago, you said your biggest fear was not for your own safety but for war — and that Western and European leaders had to find a key to Putin to avoid it because it would be the worst thing that could happen to Russia, your family, to Ukrainians and to the world. Did you see this coming?
A: Even in my worst nightmares, I couldn’t imagine the Russian army attacking Ukrainian cities. It’s truly scary. Moscow is full of the most alarming rumors: from the possible arrest of opposition people and journalists to the proclamation of martial law on Friday when it will be impossible to leave the country. Every morning I’m expecting a search in my apartment and don’t always sleep at home.

Q: Do you have any hope?
A: The anti-war mood in Russia is growing, that is a fact. Here’s just one example: The online petition against the war got over a million signatures in seven days. That’s really a lot, and obviously these are not just voices from the opposition. Every day activists take to the streets of Moscow, St. Petersburg and other large towns. Over seven days of war, more than 6,000 people were detained. For Russia it’s a lot.

Who will be the minister in your government in Punjab? Party high command gave free hand to Bhagwan...
Who are the big faces of UP elections, the fate of these leaders including Yogi-Akhilesh is at stake
Pushkar Singh Dhami set to become CM of Uttarakhand, party stamps his name
Previous Post