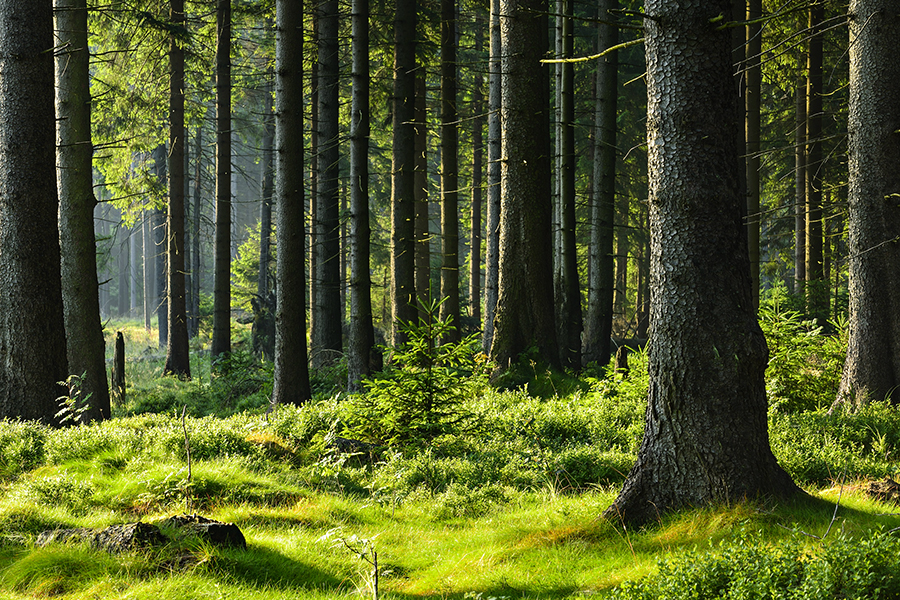 The study suggests favoring a mix of species, but above all choosing tree types adapted to the local climate, as well as to the fertility and composition of the soil. (Credit: dugdax / Shutterstock)

Forests are powerful allies in the fight against climate change. But subject to the effects of rising temperatures and deforestation, these carbon sinks that are essential to the health of the planet are shrinking. It is therefore becoming increasingly urgent to restore and safeguard them, everywhere in the world.

To better understand how these ecosystems store carbon, France’s National Research Institute for Agriculture, Food and Environment (INRAE) compiled and analyzed the results of 114 scientific publications. The research in question concerns the amount of carbon captured by the soils of 454 forests around the world. Less known than that of trees, the CO2 absorption capacity of forest soils is even more important.
According to the results of this study, published in Nature Communications, the best way to optimize the storage capacity of forest soils depends primarily on the climate and the local tree species. Cypress, maple and redwood, for example, thrive on fertile soils and grow in forests with warm or temperate climates. These species promote the development of a fungus, providing stable organic matter to the soil, which could help make it more resistant to fire.

Diversification of tree types is also important, as it increases the biomass of forests. The leaves, needles and roots that end up in the soil then provide more material to store carbon.

“Forests composed of a mixture of two species can thus store more carbon than single-species forests, provided they grow faster than the latter,” the researchers explain.

In conclusion, the study suggests favoring mixes of species, but above all choosing types of trees adapted to the local climate, as well as to the fertility and composition of the soil.

International Women’s Day: Women Pioneers And Leaders On How To Make STEM Careers Open For Girls Across India | Forbes India

International Women's Day: Women Pioneers And Leaders On How To Make STEM Careers Open For Girls Across India | Forbes India