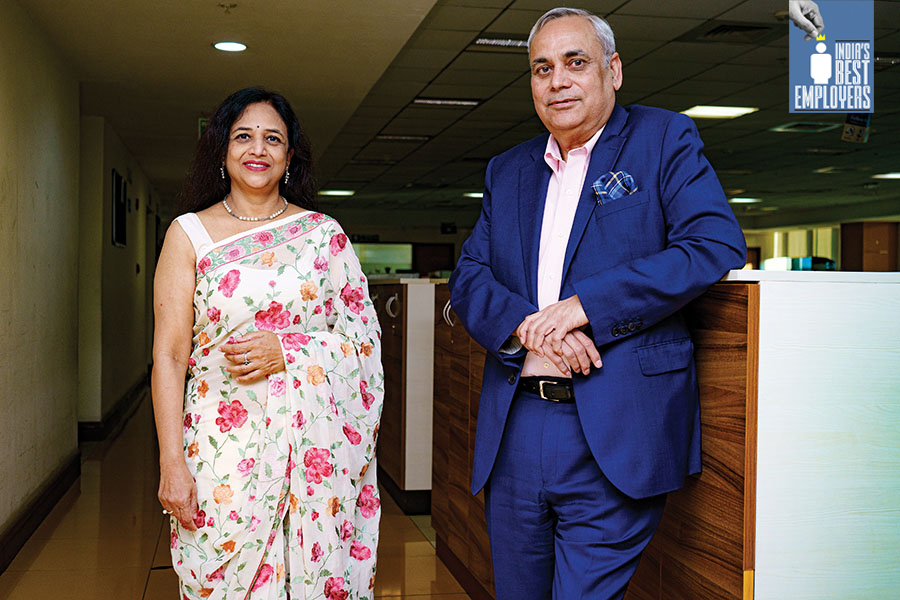 Schneider Electric, a multinational electrical gear and industrial automation equipment maker, has been present in India for more than 55 years. Its India operations started out as a joint venture in 1963, says Anil Choudhary, zone president and managing director of Schneider Electric India. In the past 15 years, the company has looked at India as a much more strategic market, and expanded its operations manifold.

Starting with a global factory in Hyderabad, and an R&D centre, the company went from 1,700 people in India with “activity” equivalent of about $150 million to 31,000 employees and $2 billion in 2021. [Schneider doesn’t break down country-specific financial numbers publicly, so these are representative of the scale of overall operations, or activity, in India and not to be seen as sales or revenue].

“India is also the company’s fourth global hub for technology, manufacturing, R&D and innovation, and more importantly, a talent hub for the group for the new and emerging economies,” Choudhary says.

Schneider Electric reacted to the Covid pandemic like most of the multinational companies, quickly sharing practical knowledge as well as equipment like oxygen concentrators across their operations, and greatly expanding remote working capabilities for staff.

What sets the company apart, Choudhary says, is its ability to offer talented people a chance to make a global difference with local effort, focusing on innovation for sustainability. Schneider Electric has won several recognitions for its effort in this area, including by the World Economic Forum, he says.

Schneider India employees are increasingly taking on global roles either directly moving to overseas locations or from India itself, says Rachna Mukherjee, chief human resources officer. “During the last five years, India is the largest contributor of talent to the global Schneider world. People have moved from India to global roles, either in different parts of the world or sitting here in India.”

The company takes a broad view on diversity, which includes having multiple generations working at Schneider. “We have almost five generations of employees and our policies are aligned to ensure everybody is able to perform to the best of their potential,” Choudhary says.

The company’s value proposition to attract talent is built around the ideas of meaningful work, inclusiveness and empowered employees, Mukherjee says. The meaningful part is connected to the overall purpose of sustainability, energy efficiency and addressing climate change, she says.

Employees relate to the idea that their work at the company contributes to the larger purpose of restoring a greener planet. This is one reason Schneider Electric is able to attract and retain talented people, she says.

In terms of engineering itself, “we value innovation and ‘daring to disrupt’ and embrace being different”. People are allowed to ask what they are doing differently, to take their work into the future. For example, Schneider Electric is considered to be a market leader in Internet of Things (IoT) solutions that can reduce the carbon footprint of buildings, which is part of its EcoStruxure Building, an innovation platform.

The company was recognised for its IoT solutions in the ‘green quadrant’ report by Verdantix, an independent consultancy specialising in areas related to sustainability.

Career evolution is an important area where employees rate Schneider Electric highly in internal staff surveys, she says. The company has an internal ‘open talent market’ based on machine learning and AI. Any new position that comes up within the company can be found on this platform.

Through the open talent market, an employee who might have changed roles or moved up every two or three years earlier, today can change at any time. “You come into a role, and in six months you find something interesting, we will not stop you from going, and you don’t have to pay the permission of your manager to apply there.”

Instead, the two managers involved—of the employee’s current and new team—will work out a transition that will be less than an employee’s notice period, she says. The idea is that it’s always better to lose an employee from one team to another internally, rather than see a talented person leave to pursue an opportunity outside.

This culture equally embraces people who’ve come in via acquisitions. Choudhary himself came to the company through an acquisition a decade ago. Already, there’s been a fair amount of cross pollination of talent from the L&T unit that was acquired, Mukherjee says.

And the company doesn’t have a conventional head office, she says. It has a CEO working out of Hong Kong, a global CHRO working out of Shanghai and a CFO working from the US, and previously out of London. Therefore the leadership is spread across different hubs.

Further, in the ‘new normal’, even remote staff have a good chance of growing to fairly senior levels and finding fulfilling roles across the organisation, Mukherjee says. The company’s aim is that “anybody in any location should have the same chance of success”.