Forbes India – Is It Possible To Revive Animal Species That Died Out Years Ago? 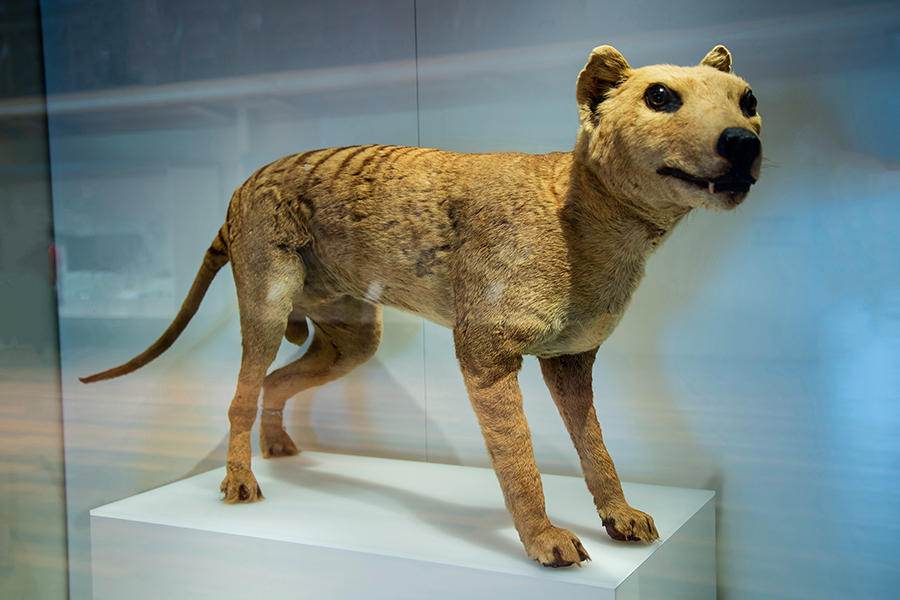 Australian scientists recently received funding for an important project: reviving the Tasmanian tiger, an animal species officially considered extinct since 1982. And this is not the first such experiment being carried out around the world.

Could we one day expect to see dinosaurs, mammoths or aurochs resurface to roam the Earth? That’s what some scientists could now envisage. For example, a laboratory based at the University of Melbourne in Australia will soon see the light of day, thanks to a $5 million philanthropic gift, where a team of scientists will be focusing their efforts on reviving the Tasmanian tiger.

Although this species disappeared from most of the world more than 200 years ago, it managed to survive until 1936 (when the last-known Tasmanian tiger died) in the island state of Australia. This is why scientists from the University of Melbourne are putting their hopes on this specific species.

Funding for this project will be used to further the understanding of the thylacine genome, develop techniques to use marsupial stem cells to conceive an embryo, and then transfer the embryo into a host womb, such as a marsupial mouse or Tasmanian devil. The technique is complex and uncertain, and it will probably take a decade before the researchers achieve their goals.

But this is not the only project underway to bring a long-extinct animal species back to life. In the United States, the Long Now Foundation is investing in projects aimed at reviving many endangered species, such as black-footed ferrets and even woolly mammoths, which became extinct between 5,700 and 1,700 BC!

The phenomenon is so widespread within certain scientific professions that it even has a name: “de-extinction.” Just like the Australian scientists who are trying to bring Tasmanian tigers back to life, these experiments are based on biotechniques such as genome sequencing, cloning and artificial insemination.

Some scientists are asking the (legitimate) question of whether it makes sense to invest in de-extinction when many remaining species are themselves in danger of extinction. But the most common argument is that if experiments to revive some species are successful, the discoveries that result from these feats can help the scientific community to protect species that have not yet died out.

“Thanks to this generous funding we’re at a turning point where we can develop the technologies to potentially bring back a species from extinction and help safeguard other marsupials on the brink of disappearing,” explains Andrew Pask, from the School of BioSciences at the University of Melbourne, who heads the new laboratory dedicated to reviving the Tasmanian tiger.

Goa BJP tussle, MLA Vishwajit Rane refuses to accept Pramod Sawant as his leader
Children of 12 to 14 years will get Kovid vaccine from March 16
In the name of credit card reward points, people used to clean their bank accounts, 2 accused arrest...
Previous Post