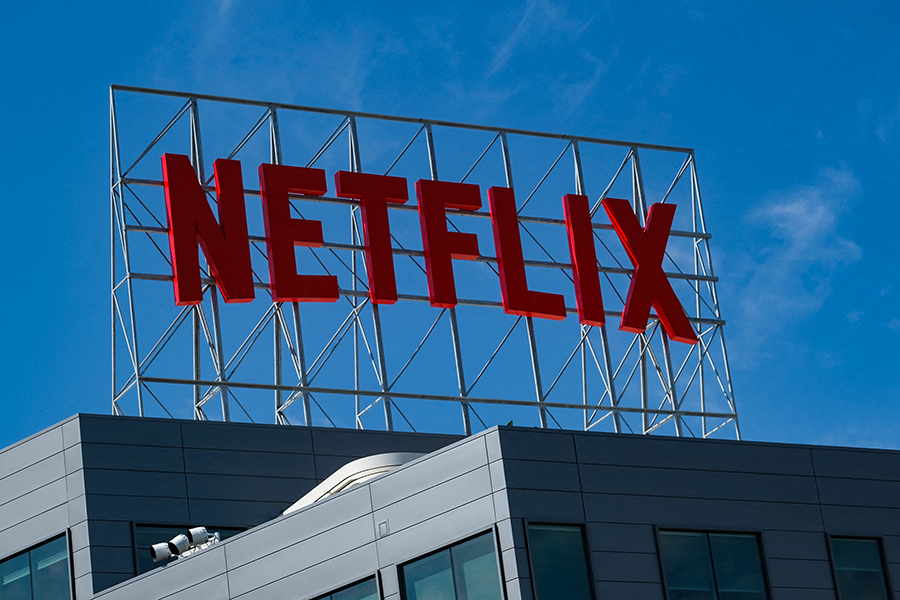 Netflix has enlisted an A-list roster of actors for a new slate of film and TV series this year
Image: Chris Delmas / AFP

Netflix has enlisted an A-list roster of actors for a new slate of film and TV series this year, with several potential blockbusters on deck as the US giant battles to retain its lead in the fiercely competitive streaming market.

An armada of more than 80 films including widely anticipated works from star directors is planned for 2022, accelerating the firm’s push into exclusive content production, executives announced at a Paris press conference Thursday.

Netflix has already muscled its way into the Hollywood echelon, most recently with “Don’t Look Up” and the gothic Western “The Power of the Dog,” which is leading the pack of Oscar contenders with 12 nominations.

But the company has seen subscriber growth stall in recent months despite knockout hits like the macabre South Korean series “Squid Game,” as viewers are tempted by rival offers from Apple, Amazon, HBO and others.

This year will see its first super-production, “The Gray Man,” an action thriller starring Ryan Gosling that will be directed by the Russo brothers behind “Captain America: Winter Soldier” and other Marvel superhero movies.

Daniel Craig, fresh from hanging up his svelt James Bond suits, will star in a sequel to “Knives Out,” this time trying to crack a case in Greece, while Guillermo del Toro will finally get to release the “Pinocchio” announced nearly four years ago.

Overseas productions that have often proved to have global appeal haven’t been forgotten, with 25 releases set for France for example and already 20 more in production.

Overall Netflix is investing 200 million euros ($220) in the French audiovisual industry this year, of which around 40 million euros to produce 10 films that will also be released in cinemas.

The company did not provide an overall figure of its planned production investments this year.

In January, Netflix reported net profit of $607 million for the fourth quarter on revenue of $7.7 billion, and warned that subscriber growth was likely to slow again in the coming months.

The company said it had a total of 221.8 million subscribers, a number that failed to meet analyst expectations.

Court reserves decision on arrest of NCP leader Nawab Malik, will decide next week
Election results in Goa may remain the same as in 2017, BJP is far from magic figures in exit polls
Forbes India - Is She, Isn't She? Anna Sorokin Still In US Amid Deportation Rumors
Previous Post

Sikh employees of aviation sector will be able to keep kirpan inside the airport, BCAS approved

Sikh employees of aviation sector will be able to keep kirpan inside the airport, BCAS approved