Forbes India – Storyboard18-Throwback: How Pan Parag Was Positioned As A Social Product 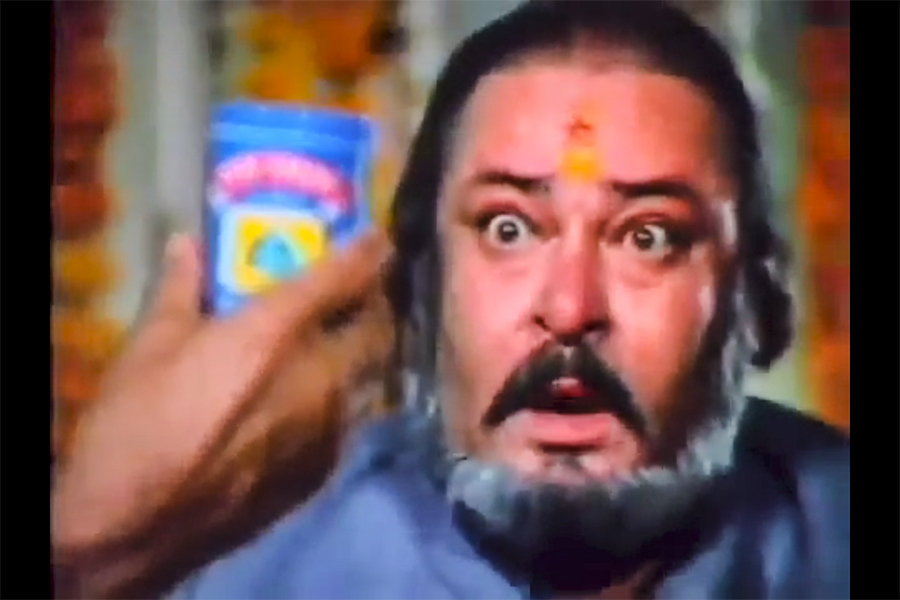 
Going beyond describing the attributes of products, some ad campaigns try to include a social connect—a social message that echoes contemporary social or even environmental concerns. Consider the Pan Parag story.

Conception of the advertisement

The Pan Parag commercial, which aired in the 80s and 90s, is unquestionably a classic—featuring Ashok Kumar and Shammi Kapoor. This advertisement brought together two of Hindi cinema’s most renowned stars for the first and last time.

In 1986, the late MM Kothari was in Mumbai to meet the Everest advertising team.

Kothari communicated to the Everest team that he wanted to position Pan Parag as a product to be given to guests on social occasions, especially marriages. It was focused around ‘khatirdari’, or hospitality, and offering a warm welcome to visitors.

He had a gem of an idea. He had also wanted the brand to be associated with the anti-dowry issue. The brief reached Sulekha Bajpai, who had recently joined Everest. She was briefed and asked to write a script for an advertising film.

Sulekha had seen the problems about dowry at close quarters among relatives and friends.

She had made a promise to herself that she would do everything she could to discourage people from doing it. It seemed perhaps too coincidental that the brief came her way. She was able to put together a script quickly which was approved by Kothari.

He insisted on using film stars for the commercial, and so, under the direction of Prem Kishan and Kishan Sethi of Cinevista, they decided to cast the thespians, Ashok Kumar and Shammi Kapoor. The now-famous jingle—“Pan Parag, pan masala, Pan Parag”—was composed by Ajit Singh.

Pan Parag attempted to appeal to an Indian audience with an Indian product. In the 1980s, dowry was freely discussed and denounced in equal proportion in the cultural context of that time. Pan Parag used a contemporary and relevant issue to explore how it could gently oppose the giving and receiving of dowry, while using Pan Parag as an ice breaker and social lubricant between two families.
The commercial took a hard look at the hugely patriarchal society prevalent in many parts of India, where the ‘ladkewale’ (groom’s family) often made demands during weddings.
Pan Parag was positioned as a social product, much like coffee. Strangers were able to form bonds as a result of sharing pan masala, leading to more meaningful interactions and even friendship, through hospitality. Thus this brand of pan masala (itself having some negative health implications) was thus portrayed as a form of social bonding.

Fortuitously, Shammi Kapoor became synonymous with the brand. Once on his arrival from Hong Kong, along with his brother Raj Kapoor, there was a huge crowd waiting to catch a glimpse. The moment they saw Shammi, they screamed Pan Parag, much to the dismay of Raj, who was incensed. Not only that, the crowd started humming the jingle.

Raj rebuked Shammi saying, “Aren’t you ashamed of yourself? With all the years of contribution to the film industry including Junglee, Teesri Manzil, Professor and Dil Deke Dekho, is that finished? People will remember you by Pan Parag?”

Not just an ad

The Pan Parag ad campaign is just one of the many societal issues that are reflected in advertisements of various products and services. Take a recent example of the Nescafe ad campaign, ‘Badal life ki raftaar,’ highlighting the coffee brand acting as a social bonding between a father and his daughter. While the father would rather his daughter study at a nearby educational institute, the daughter wants to study at a place further away. The dynamic at work is of a parent wanting his daughter close by, while she wants to spread her wings and explore new opportunities. Cups of coffee cement the father’s acceptance of his daughter’s determination, and her choice of pursuing her own goals.

Such ads are able to go beyond mere advertising to being almost an instrument of social change, while also building the business.

Subodh Tagare is an Associate Professor at IMT Nagpur, where he teaches courses on marketing. Prior to IMT, Subodh was the marketing director at American Power Conversion/ Schneider Electric for South Asia.

S Vejay Anand consults with organisations on business strategy and marketing. He has also been an entrepreneur in the food and pet care spaces. Earlier he was president at Coffee Day and COO at USPL.

Health And Cheerfulness Naturally Beget Each Other | Forbes India