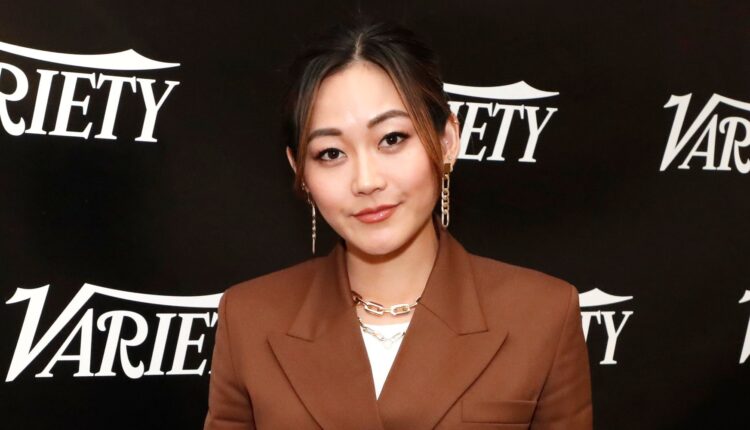 “The Boys” star Karen Fukuhara says she was “struck” in the back of her head by an unknown assailant outside a cafe on Wednesday.

The actor, who also appeared in David Ayer’s “Suicide Squad,” shared the story of the assault on Instagram alongside the hashtag “Stop Asian Hate” amid the recent surge in violence against people of Asian descent.

“This shit needs to stop,” Fukuhara wrote in an Instagram post describing the attack. “Us women, Asians and the elderly need your help.”

“I rarely share about my private life but something happened today that I thought was important,” she detailed in the post. “I was walking to a cafe for some coffee and a man struck me in the back of my head. It came out of nowhere. We made no eye contact before, I wasn’t doing anything out of the ordinary. It came to my surprise and my hat flew off. By the time I looked back, he was a few feet away from me (he must have kept walking after hitting me).”

Fukuhara, who said that she was “physically fine” after the assault, wrote that she considered “confronting” her attacker, but chose not to say anything to avoid the “risk” of further violence.

The man yelled at her and eventually walked away, she recalled, after the two stared at each other for a few seconds.

Fukuhara said she was moved to publicly share the incident to let people know that “these hate crimes happen to everyday, regular people — people that they share meals with. I felt it was important to raise awareness.”

“This is the first time I’ve been harmed physically, although racial slurs and hurtful actions have been directed to me in the past,” she continued, adding that the violent encounter has made her consider taking self-defense classes.

Fukuhara ended her post by asking, “Why is this something we as ‘victims’ have to think about?” What satisfaction are these perpetrators getting from hitting women, Asians, the elderly?”

“They need to be held accountable,” she wrote. “What can we do as a community to prevent these horrible crimes?”

Anti-Asian violence has risen significantly amid the coronavirus pandemic, which has fueled xenophobic sentiments. According to a study by the Center for the Study of Hate and Extremism at CSU San Bernardino, there was a 339% increase in hate crimes toward Asian Americans across several major cities between 2021 and 2020.

Fukuhara’s attack also happened to occur on the one-year anniversary of a shooting rampage at three Atlanta-area spas, where a man killed eight people — including six women of Asian descent.

The actor’s story elicited a wave of support from her “The Boys” co-stars, including Jack Quaid, Chace Crawford and Karl Urban, along with other celebrities who expressed their concern.

“Karen thank you for sharing your experience. I’m so sorry that happened to you. Love you. Here if you need anything,” Quaid wrote. In a separate comment, Crawford added, “F this person!! Hope you’re ok this is awful.”

“I’m sorry and deeply saddened to hear this,” Urban wrote. “Glad your ok.
Seriously WTF!! This anti Asian xenophobic bullshit has got to fckn stop!!!”

“I am so sorry this happened to you and glad you are ok,” added actor Jamie Chung. “I know mentally this is going to take some time to heal.”

Congress leadership made contact with G-23 leaders, sent a proposal for agreement through Hooda