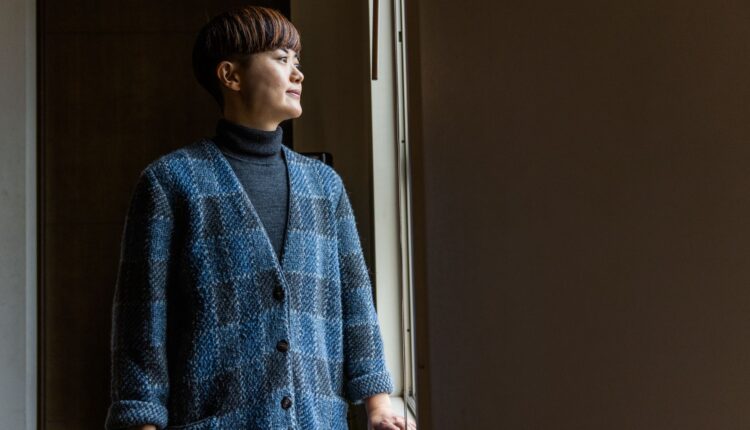 This essay is part of “Survive. Thrive. Evolve: How Two Years of the Pandemic Impacted Us Around the World,” a global HuffPost project featuring individuals writing about how their lives were affected after two years of the COVID-19 pandemic. The following piece originally appeared on HuffPost Japan. It has been translated into English and lightly edited for clarity.

In December 2021, Tokyo’s governor, Yuriko Koike, announced that a “partnership system” that publicly recognizes the relationships of same-sex couples would be adopted in the city during the 2022 fiscal year.

Same-sex marriages are not recognized in Japan, so they will not have the same legal standing as opposite-sex marriages, but same-sex couples will be able to benefit from certain services and welfare programs that opposite-sex couples are eligible for under the local governments that adopt this system. Over 150 municipalities and prefectures across Japan have already adopted this system.

Soyoka Yamamoto, as the president of an association that wanted to ask the Tokyo government for a partnership system, submitted the request to Koike, accumulated over 10,000 signatures, and submitted a petition to the Metropolitan Assembly. The content of the petition was later recognized by all members of the assembly.

Yamamoto was motivated to push for this change primarily by the anxiety she experienced while living with her partner during the COVID-19 pandemic. She spoke with HuffPost Japan about her life over the past two years and her hopes for the future.

I have been living with my partner for about 10 years. She is my best friend, companion, comrade and my family. She enriches my life.

Half of the things we face are tough, but our joys are doubled. I am happy every day because I have someone I can love and cherish by my side.

During the COVID-19 pandemic, despite spending more of our precious time together shopping, cooking and taking care of our home, it felt even more inconsistent that our relationship is not officially recognized as being that of a family. My anxiety was intense, and it escalated.

What if my partner or I got sick?

I heard stories from people who could not visit their family members during their final moments as they were dying from COVID. I could not stop crying when I thought of how unbearable it would be if my partner and I couldn’t be together during the most difficult situation of our lives.

As I contemplated the possibility that our relationship wouldn’t be recognized ― and we would therefore be unable to be together ― I knew I had to do something about this.

At the end of 2020, a few LGBTQ couples who were our friends gathered together and we had a modest Christmas party. It was supposed to be fun, but at some point, we began talking about how we were all feeling anxious about our situations.

In preparation for the 2020 Tokyo Olympics, an ordinance banning all sorts of discrimination was enacted in 2018. I learned that there were many progressive people when it came to introducing such systems. But there had been little progress in recognizing the rights of same-sex couples.

So, I sent a message to a member of the Metropolitan Assembly whom I had known for some time. I told them that I wanted to submit a petition and start an online signature campaign. That’s when the push to ask the Tokyo government for a partnership system began.

I was in my teens when I first realized I liked girls.

I was mischievous and animated. I was a soccer-loving kid who could befriend anyone. But when I realized I was attracted to girls, I lost confidence.

In order to fit in, I told lie after lie ― not just about who I was attracted to but about so many things. I told myself I had to like whatever everyone else liked. The more I tried to fit in, the more lost I felt.

I was worried my friends would think I was disgusting if they knew the truth and, sadly, I soon began to think of myself as disgusting. I thought that I had to deny who I really was in order to be liked.

In college, I studied abroad in the United States and I was moved because I saw it was a place where all kinds of people could be themselves.

There were people from many different backgrounds and with many different identities, including openly gay people. That’s when I finally thought, I can be me.

Once I came out, I no longer had to tell or live the lies I had been telling and living, so my life became easier. Now that I was myself, I was able to make close friendships, and life became fun for me. I believe learning to love who I am and being proud of who I am is a big part of why I agreed to lead the campaign for a partnership system.

I am really happy that a partnership system will be introduced by the Tokyo government in 2022.

Same-sex partners are family, too ― and I want to create a system that fills in the missing pieces that keep our relationships and families from being seen as valid as opposite-sex couples.

What I don’t want is the government just issuing certificates.

I want same-sex partners to be treated as family members with full access to the services the Tokyo government should be providing to everyone who lives there.

Beyond creating formal regulations that prohibit discrimination, I want to create an atmosphere where LGBTQ people no longer have to fear coming out or being open about their sexual orientation and/or gender identity.

Though we are still waiting for legal recognition of same-sex marriage in Japan, we are seeing encouraging movement. In 2015, the Shibuya and Setagaya districts in Tokyo were the first in the country to introduce same-sex partnership systems. Many local governments across the country are listening to the voices of the parties involved and they are doing their best to create partnership systems independently.

So what about the rest of Japan?

Things have changed quite a lot over the past few years. According to a nationwide survey conducted in 2019, over 60% of Japanese people approve of same-sex marriages. In 2021, a decision in a Sapporo court declared that “it is unconstitutional to not recognize same-sex marriages.”

The partnership system is also a kind of “voice” that pushes for same-sex marriages to be recognized. Campaigns that aim to create systems in various local governments, as well as the systems themselves, are connected to the deepening of societal recognition. The more LGBTQ people are seen and heard and embraced, the more persuaded I believe the country will be to finally welcome same-sex marriage in Japan.

Most of the reactions I’ve seen regarding the introduction of a partnership system in Tokyo have been, “I want Japan to hurry up and make same-sex marriages a reality.”

Similar initiatives are being carried out in different areas across the country. I am hopeful that if we raise our voices, things will change.

Still, right now, many LGBTQ people in Japan are irritated. Their civil liberties are not being protected. There is a sense of uneasiness as they live their lives while trying to avoid being hurt by the words and actions of those around them.

I am hoping that by starting the campaign for the partnership system in Tokyo, my actions will help so many other LGBTQ people. As I continue to fight, I have been able to come out to those I meet, thereby affirming who I am, and I want to live a happy life. By living my life in a way that embodies the idea that LGBTQ people can be happy, I hope to have a positive influence on society.

I am hopeful that my campaign will gain a foothold, be recognized as a good example, and become a source of strength for other places in the world where LGBTQ rights have not improved.

Do you have a compelling personal story you’d like to see published on HuffPost? Find out what we’re looking for here and send us a pitch!

Forbes India – What Is The Traditional Japanese ‘stand-up’ Comedy Rakugo?

Using A Sydney Recruitment Firm To Find A New…