The Different Types of Residential Buildings in Chicago 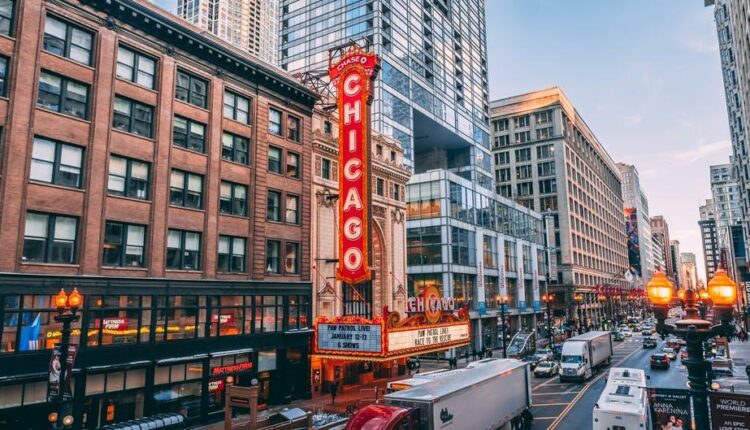 With a population of around 2.7 million, Chicago is a city that needs a lot of housing. The solid local economy also makes it a natural destination for transplants looking for career advancement or even a career change.

The good news for both locals and transplants is that Chicago hosts a wide range of residential buildings that you can choose from, depending on your tastes, needs, and budget.

If you’re not sure exactly what you’re looking for, keep reading. We’ll cover some of the common types of residential buildings you’ll see during your search for a new home.

Chicago is a bit famous for its high rises. In fact, Chicago’s Home Insurance Building is considered the first skyscraper. Like many cities, you’ll find the greatest concentration of high rises in the downtown area of the city, but they exist in most major Chicago neighborhoods.

High rises offer spectacular views, proximity to amenities, and are often located close to corporate jobs in the business district. That can make them ideal for those climbing the corporate ladder.

Of course, you’ll pay a pretty penny for both the view and the proximity to the business district.

This kind of building grew in popularity during the first few decades of the 20th Century. They offered a way to maximize living space for a growing population without giving up the quality of life.

Courtyard buildings typically break up the apartments into blocks. Each block typically has its own entrance, rather than a single main entrance for all tenants. Tenants also get to enjoy the central courtyard, which often features landscaping.

Multi-flat residential buildings make up a sizeable percentage of the housing in the Chicago area. Odds are good that if you don’t land in a courtyard building, you’ll end up in one of these.

There are several flavors of multi-flat buildings that we’ll look at below.

If this sounds like the kind of living situation you’d prefer, you can head over here to learn more.

The three flat follows the same basic setup as the two flat. The primary difference is that you get three single-family homes stacked up on top of each other.

The four flat is just a three-flat with an extra floor slash home on the top. There are even some six flats out there, although those are comparatively rare next to the two flats, three flats, and four flats.

Multi-flats are a very common multi-family option for Chicago residents.

Another popular type of residential building in the in early decades of the 20th Century, there are still a lot of bungalows in the Chicago area. Most bungalows offer one-and-a-half stories, with a full basement, an attic, and a distinctive peaked roof.

The greystone isn’t so much a distinctive type of residence as it is a distinctive version of the multi-flat style. Although some greystones were built with the specific intention of housing only one family, many are multi-family residences that take the same approach as stacked, identical residences you see in two flats and three flats.

What distinguishes the greystone from other multi-flats is that they feature limestone facades. They also adopt a more ornamental style than their multi-flat cousins. Some of the greystones adopt a Neoclassical architectural style, while others go in for a more Romanesque style.

You might consider the greystones as something of a counterpart to New York City’s brownstone buildings.

Like most major cities, Chicago hosts many apartments. There are several different apartments for rent in Chicago options that are available, depending on your needs.

Penthouses are generally considered the most luxurious apartment option available. They’re typically the biggest and nicest apartments you can find in any building. They also typically come with the best view of any apartment in the building as well.

Depending on the building, penthouses may feature a number of benefits, such as:

While nice, penthouses are also typically the most expensive option in any building.

Lofts are often spacious. Many also come with exposed brickwork and piping.

For many, opting for a loft apartment boils down to enjoying the charm of the place rather than angling for the prestige of a penthouse apartment.

For those who are ready to move beyond the traditional studio but don’t require the space provided by a full one-bedroom apartment, a convertible apartment is likely a good choice for you.

You might think of convertible apartments as a kind of studio plus that includes a dedicated space or nook for a bed.

The above options come in addition to the more traditional one-bedroom and two-bedroom apartments that most people expect.

Chicago Residential Buildings and You

Chicago is home to a wide array of residential buildings that can serve almost any individual or family. For the individual or couple, you can find apartments in high-rises and courtyard buildings, as well as lofts and convertibles.

If you want something more like a traditional home without fully abandoning shared spaces, greystones and multi-flats are great options.

If you want a home to yourself, though, the Chicago bungalow is a great option.

Looking for more real estate information or options? Check out some of the other posts in our Real Estate category.

The Importance of Product Reviews

BJP and Congress away from majority in Goa, this…

Four terrorists including a Pakistani killed in an…