Forbes India – FILA 2022 Unique Unicorn: OfBusiness And The Real Joker In The Pack 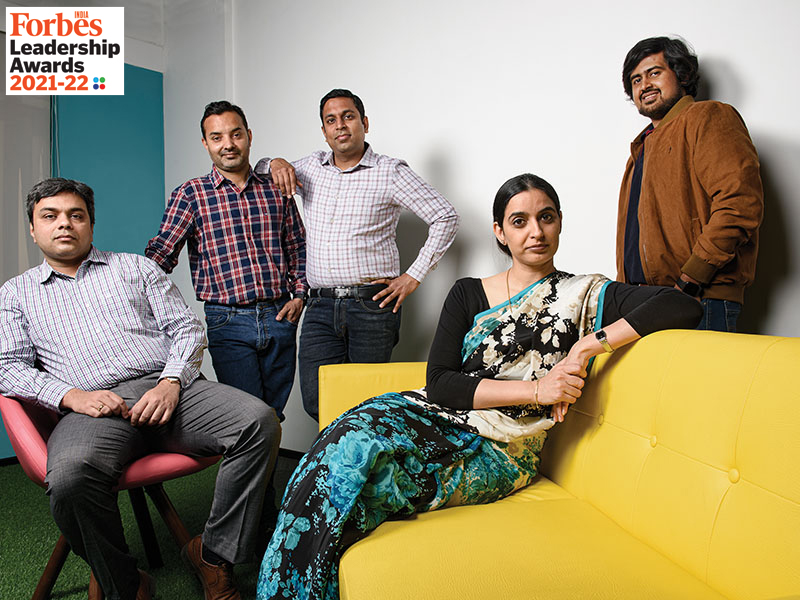 Superman, Spiderman, Batman… everybody expected the 10-year-old to select one of these. “The teacher asked us to pick a superhero, write an essay and then speak in class,” recalls Asish Mohapatra, who completed his schooling from Cuttack, Odisha. All the young ones in class V enthusiastically selected their favourite character, diligently finished their homework, and brilliantly narrated the qualities of their fictional heroes the next day. Mohapatra was the last to go on stage. Every kid in the class, and the teacher, expected a fitting finish to an entertaining exercise.

“Is it Spiderman?” the teacher probed inquisitively. “Or will you talk about Superman or Batman?” Mohapatra stayed mum for a few seconds. “It’s Walt Disney, a businessman,” the young one murmured, and started talking about the legendary American entrepreneur, animator, writer, voice actor, and film producer. A few minutes into his speech, the kids started yawning. “The class got bored,” recounts Mohapatra. “They thought me to be different.”  The teacher too was not impressed, but didn’t scold him. Mohapatra explains why. “I was good at studies and also used to write poetry,” he smiles. Though his Disney gig might have sounded nonsense, he was forgiven. “Later on, I realised, a few of my classmates called me a mutant,” he laughs. “I was the odd one out.”

A few years later, Mohapatra eerily found himself oddly placed. “I was like a needle in a haystack,” he recalls, alluding to his early days at IIT-Kharagpur. “Everybody was a topper,” he says. The cultural shock was not hard to understand. For somebody who topped his school in class 10, scored the most in class 12 and was ranked fourth in the state, Mohapatra suddenly found himself amidst a sea of toppers. “I come from a sleepy town where people were quite content with life,” he says, adding that his strong academic streak was inherited from his parents who were IIT-Kharagpur alumni.

Having some sort of Kharagpur background, though, didn’t matter at IIT. On another front, Mohapatra found himself in a miserable position. “Everybody used to speak in English and Hindi,” he rues. The young undergrad was fluent in Odia and Bengali. Though he knew English and Hindi, he never spoke the language. “I picked up Hindi and English while watching movies during my IIT days,” he smiles. Though he felt a bit out of place, IIT-Kharagpur was moulding him to find his right place in life. “The fighting spirit of wanting to win almost everything that you do is what IIT-Kharagpur teaches you,” he says.

The institution, though, only added to what Mohapatra always had: Uniqueness. “I had a massive following at IIT,” he recalls. The reason was weird. Mohapatra was playing kingmaker. “I was the guy to get in touch with if you had to win elections,” he smiles. Poetry, communism, oratory, and trade unionism gelled well with the character of the young man. “I was the kingmaker,” he says. 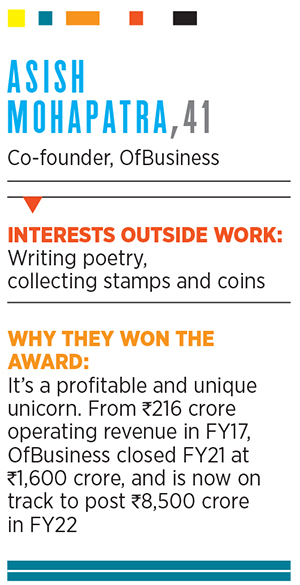 When the ‘king’ turned 35, he found that he didn’t have followers and believers. “In 2016, 20-somethings ruled the roost in the startup world,” laments Mohapatra. The king was not deemed fit to take enough risks. “I kept shouting that I have only grown hungrier with age,” he says. The world, though, stayed deaf. “Here I was at 35, starting my venture, and again the odd one out,” he recalls. His background put him in a sticky spot. After IIT-Kharagpur, he had a stint at ITC, later on joined an NGO for a few months, and then completed his MBA. The next stop was McKinsey and after a few years, Mohapatra became a venture capitalist (VC) when he joined Matrix Partners.

Back in 2016, the funder was turning into a founder. But there were no takers. It was trial by fire for a king who was desperate to build his kingdom. The first point on which Mohapatra was grilled by the VCs was his non-tech background. As a former VC, Mohapatra’s exposure was confined to industries and companies that were largely offline—health care, pharma and manufacturing. He tried to reason with the potential backers by underlining that knowledge could be acquired and tech can be figured out. “In pharma what people learn in five years I did that in one-and-a-half years,” he claimed, expecting warm acknowledgement. The VCs remained cold. “They looked at me in disbelief,” he recalls.

The second impediment was the nature of the B2B business Mohapatra was building. OfBusiness, which he co-founded with Bhuvan Gupta, Nitin Jain, Ruchi Kalra and Vasant Sridhar in January 2016, was an industrial goods and services procurement platform. The business also had an element of financial services, and this was baffling. The question asked by some of the VCs was genuine. “Do you guys know anything about credit-risk underwriting and balance sheet?” asked a few. The second query too had merit: “People have so far done commerce or financial services. It has to be either. Right?” Mohapatra’s answer came in the form of a counter-question. “What if we pull off both?” The funders were not bemused.

Mohapatra’s challenge got compounded on another front. OfBusiness was not an intuitive business to get into. The first-generation entrepreneur knew the odds he was stacked up against. “Is chlorine a gas or a liquid?” was the question he used to ask most people to gauge their level of understanding of the B2B industrial venture. “Fifty percent said gas, the rest said liquid. None said didn’t know,” he smiles.

Undeterred and insanely convinced with his vision, Mohapatra and his gang started OfBusiness in January 2016. “The revenue in the first month was practically zero,” he recalls. A year later, in FY17, the business posted an operating revenue of ₹216 crore and loss stood at ₹16 crore.

Fast forward to FY21. The operating revenue of the B2B ecommerce platform has soared to ₹1,600 crore, while PAT (profit after tax) stood at ₹57 crore. In July last year, it turned unicorn when it raised $160 million in a funding round led by SoftBank Vision Fund 2, with participation from existing investors such as Matrix Partners, Falcon Edge and Norwest Venture Partners. The valuation, which stood at $800 million in April, now touched $1.5 billion.

Interestingly, the magic of the business and the businessman unfolded over the last year. In December 2021, OfBusiness raised $325 million from a clutch of investors such as Alpha Wave Global (formerly Falcon Edge Capital), Tiger Global and SoftBank Vision Fund 2 at a valuation of little over $5 billion. The startup is likely to close FY22 with an operating revenue and profit of ₹8,500 crore and ₹270 crore, respectively. 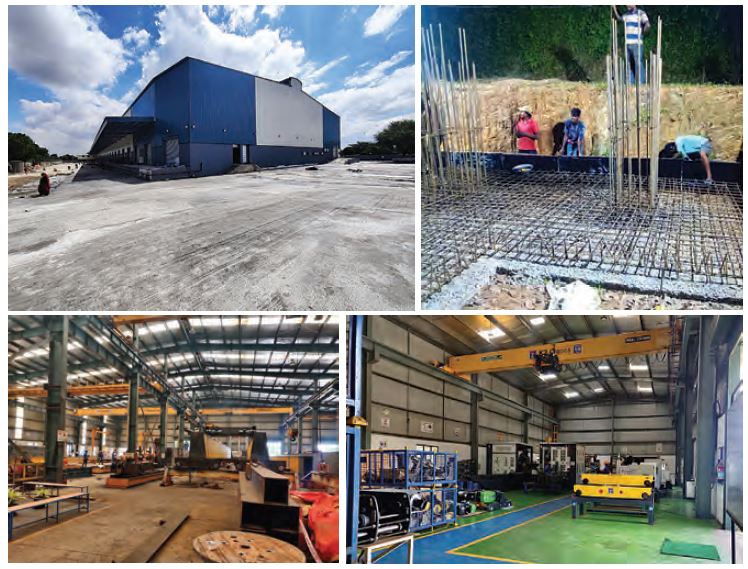 OfBusiness is an industrial goods and services procurement platform. The business also has an element of financial services. The B2B ecommerce platform turned unicorn in July 2021

Mohapatra shares the magical sauce. “In India, you don’t stand a chance unless you’re doing something unique,” he smiles, explaining why being the odd one out matters the most. If an entrepreneur, he lets on, is doing well, capital might be thrown at somebody else and they might copy the business model. “If you are unique, you can’t be copied,” he laughs.

Interestingly, Avnish Bajaj points out the most unique thing about Mohapatra. “We are homo sapiens. But he is ‘maha’ sapein,” he laughs. “This is his fitting description,” reckons the founder and managing partner at Matrix Partners India. Bajaj explains what makes his former colleague extra special. Typically, people in the VC business have certain qualities or spikes. For instance, emotional quotient (EQ) and intellectual quotient (IQ) are two spikes. “Business sense, networking and hard work too are spikes,” he says, adding that usually, people have a mix of some of these spikes. “This package (Mohapatra) was spiky everywhere,” he says.

Bajaj underlines how Mohapatra combined the best of Spiderman, Superman and Batman. First is very high IQ and EQ. Second is hyper commercial and strong business sense. Third is top of the line in networking and charming people. And the last is something that Bajaj loves (or hates) the most. “He works hard to the extent that he can even drive his boss bananas,” he laughs. “That’s why he is maha sapien,” he repeatedly underlines.

Mohapatra, for his part, gives credit to the businessman who influenced him during his childhood. The most startling thing about Walt Disney, he reckons, was his ability to start things at the lowest ebb. “The story goes that he started the company right in the middle of the Great Depression,” he says. The second quality was his ability to think really big. And lastly, his quality of leaving a legacy. “His ability to hold audiences and customers for a long period was amazing,” he adds.

The young IIT grad too did something amazing at ITC. A year into his first job, the management got to know that Mohapatra came from a trade union background. He was asked to take over operations of Asia Tobacco Company, which had been grappling with trade union issues for long. “The union was very militant,” he recalls. The job was not easy. But the charmer had his way. Mohapatra signed an agreement with the union, modernised the factory, introduced processes, and stepped on the hiring pedal. The results were amazing. “I was just 22 and was the COO (chief operating officer) of the company,” he says. While fame at such a young age was unexpected, what also surprised everybody was the performance of the young recruit.

A few years later, Mohapatra continued with his ‘unexpected’ streak when he joined McKinsey after his MBA. At consulting firms, people usually want to be a generalist. Mohapatra wanted to be a specialist. “I chose pharma and health care,” he recalls. Four years later, he quit. Reason: Consultants can own the input, but not the output. Mohapatra wanted to create an impact. The next stop was Matrix Partners where he started the health care investing practice. And again, he remained odd in his approach. While the norm was to invest in multi-speciality hospitals, he backed single-speciality ones. “I was a good sales guy but I became a great sales guy at Matrix,” he says.

The learnings at Matrix were interesting. First was how to make a lot of money at scale and over a long period of time. Second was to learn what not to do. “You should not design roads for a downpour,” he says, explaining the idea. If one in 10,000 patients is likely to die of heart and lung disease, then it doesn’t make sense for a hospital to import a heart and lung machine. “So essentially what happens is that you end up designing things for more probabilistic than possibilistic events,” he says.

(This story appears in the 25 March, 2022 issue of Forbes India. To visit our Archives, click here.)