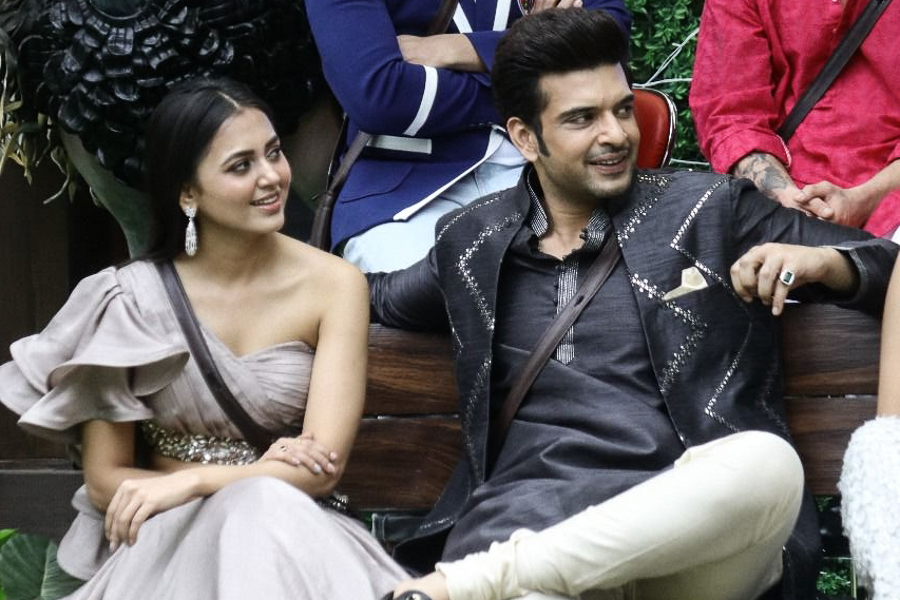 On February 28, Storyboard18 published a story about how and why brands are collaborating with Bigg Boss season 15 winner Tejasswi Prakash. We also wrote about her fellow contestant Karan Kundrra’s rising brand popularity and whether they are momentary heroes in the marketing universe.

In the hours and days that followed, our DMs and social media were flooded with messages from fans of Prakash and Kundrra. Some were arguing in their defence; others sent us appropriate emojis for covering their favourite celebrities’ current brand power. We also had very dedicated fans from Kundrra’s camp complaining that he didn’t get his fair share of attention in the story.

@Say_N0_More, a resident of Sasaram in Bihar, is a fan of Prakash. The third-year degree student wasn’t comfortable with sharing their identity but gave us a peek into the fandom of Bigg Boss in the country.

@Say_N0_More tells Storyboard18 that Prakash’s fans not only come from the deepest pockets of India but also from the Middle East, Nepal, Bangladesh, and even Pakistan. Admins of regional, local, and global fan pages of Prakash are a part of a common closed group where the content to be ‘hyped’ (to rapidly promote or publicise on social media) is discussed and distributed from there.

These fans of Prakash also create content. @Say_N0_More says that post the show, Prakash’s fans are still together and tracking her next projects to hype and “stand by her side”.

@BiggBoss_Tak, a Twitter handle managed by 24-year-old Ankit from Mumbai, has 134.8K followers. @BiggBoss_Tak, started in 2018, is an insider page for the reality show which is now also a community for fans. Ankit even gets access to some copyright content with certain restrictions.

On @BiggBoss_Tak too, there are fans from all over the world. Even from countries like Canada, the UK, the US, Belgium, and Mexico. Ankit says the popularity of other reality shows like Khatron Ke Khiladi and Lock Upp is also on a sharp rise.

Who are Bigg Boss fans?

Bigg Boss fans on social media are between the ages of 16 and 24. While there are millions of real fans like @Say_N0_More and @BiggBoss_Tak, there are also users who are in it to earn a quick buck. On condition of anonymity, a fan informed Storyboard18 that the contestants’ PR teams rope in about 400-500 such accounts—mostly teenagers—to hype activities and content. They are paid anywhere between Rs 20-30 per tweet and can post only five tweets per day.

Once the season is over, these accounts go inactive or switch to political support handles.

However, the real fans do more than just like, comment and share. They strategise, organise and push content to keep the community hyperactive. There are sub-groups of fans who handle photo and video edits and look at topics to discuss and debate. Ankit aka @BiggBoss_Tak has been approached by a lot of local brands for collaborations. But he tells us that he turned down the offers to focus on growing the community for now and will evaluate offers in the future.

India is a diverse content consumption market, says Harshil Karia, founder of an independent digital marketing company, Schbang. While one segment dislikes or looks down upon reality shows, there is a major segment that religiously follows these shows and the journey of the contestants even after the shows are over, he observes.

With super-fans and celeb-fans moving online, reality shows are no longer just prime time TV programs. In a marketing blog by Twitter, the platform stated 72 percent of people said that tweeting makes them feel like they’re a part of an online community while watching a TV show.

The power of fans is such that their activities feel like a proper brand campaign. “It can actually be compared with the canvassing done by followers of a political party for their favourite leader,” says Karia.

Fandoms are the ‘online equivalent of crutches’ when it comes to the likes of celebrities. “When push comes to shove, nobody rallies the way a loyal fandom can. They are wholesome,” says Shubham Singhal, co-founder of influencer management agency The Girlfriend Box.

Singhal suggests that brands and celebrities should engage with the fans more. “It’s important to walk with them and do right by them.” Irrespective of what a celebrity goes through, fans will always be by their side. Since the internet market is young, there will always be people trying to cheat the system. However, the intent is to make the most of the real stuff while being least bothered by the fake, concludes Karia.

Inderbir Singh Nijjar became the Protem Speaker, after Holi, ministers will also be sworn in in Punjab

Forbes India – ‘What Happens When A Gujju And A Baniya Start A Business?’ You Get BoAt

Forbes India - 'What Happens When A Gujju And A Baniya Start A Business?' You Get BoAt