Forbes India – Islamic State Has A New Head. But We Know Little About Him 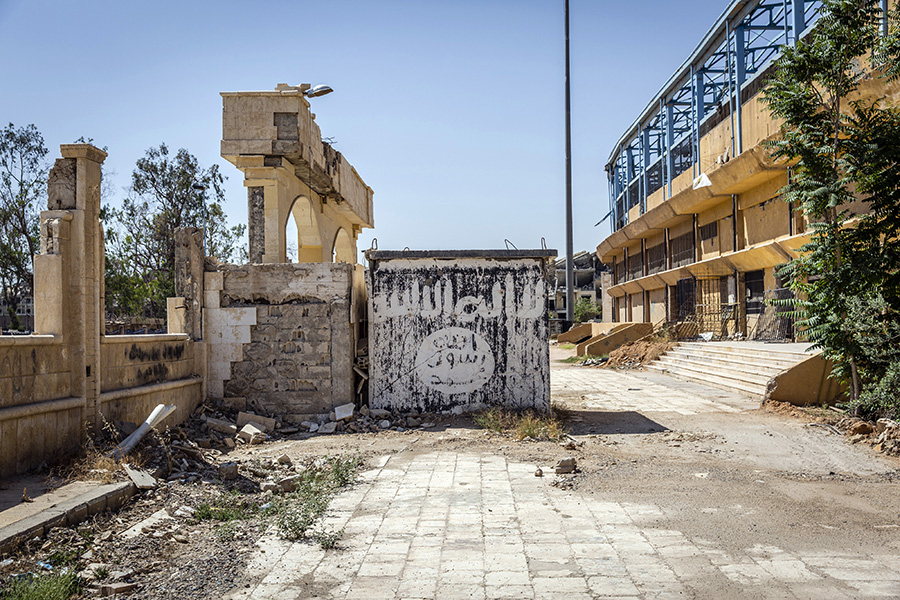 A faded flag of the Islamic State in Raqqa, Syria, June 12, 2018. The Islamic State on Tuesday, March 10, 2022, announced that it has a new leader, but provided little information on the true identity or background of the man who will now oversee the global terrorist organization.


BEIRUT — The Islamic State group announced Thursday that it has a new leader, but provided little information on the true identity or background of the man who will now oversee the global terrorist organization.

The new leader, Abu al-Hasan al-Hashimi al-Qurashi, was unveiled in an audio message released on Islamic State group social media accounts that also confirmed the death of the group’s previous leader, who American officials say blew himself up during a U.S. commando raid on his hideout in northwestern Syria last month.
Al-Qurashi takes the reins of a terrorist group that is a shadow of its former self in terms of members and power, but still causes havoc in poorly governed areas in Syria, Iraq, parts of Africa and elsewhere.
In January, Islamic State group fighters carried out a daring attack on a prison run by a U.S.-backed Kurdish militia in northeastern Syria with the aim of liberating their detained comrades. Hundreds of attackers, prisoners and Kurdish militiamen were killed in more than a week of fighting before the prison was brought back under Kurdish control. It is still unclear how many prisoners managed to escape during the violence.
A few days after the prison battle ended, U.S. commandos carried out a raid on a farmhouse in northwestern Syria, far from the Islamic State group’s traditional redoubt, aimed at killing or capturing the man who then served as the group’s leader, Abu Ibrahim al-Hashimi al-Qurayshi.

Al-Qurayshi detonated some explosives during the raid, U.S. officials said, killing himself and others in the house.

The Islamic State group did not immediately comment on the raid and only confirmed the death of the former leader in the audio message.

The message said that he had designated his successor before he died, but otherwise offered scant information about the new leader, providing neither his real name nor an image of him, and making it hard to draw conclusions about his outlook or how he might lead the group.

Withholding that information will most likely diminish the chances that the new leader can be hunted down and killed. Both of his predecessors were killed by U.S. commandos in northwestern Syria, where they had been trying to live off the grid and communicate with underlings only via trusted courier to avoid detection.

In recent years, the Islamic State group has gone from running a proto-state the size of Britain in Iraq and Syria, to operating as a diffuse organization that carries out mostly unsophisticated attacks in isolated parts of Iraq and Syria.

Though the group appears to be at its lowest ebb in Iraq in years, terrorism experts caution that governments have written the Islamic State group off before, only to see it come roaring back when conditions gave it an opening.