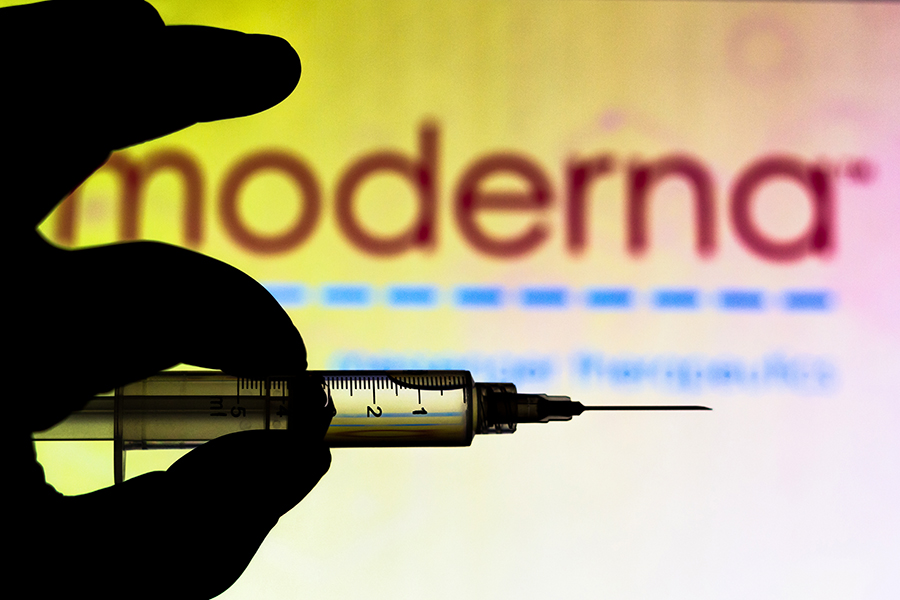 On Monday, Moderna announced that it was “updating” its pledge, opening up the possibility of enforcing its patents in middle- and high-income countries.
Image: Shutterstock

In the fall of 2020, just before Moderna’s COVID-19 vaccine was found to be highly effective, the company pledged not to enforce patents on its vaccine during the pandemic. The company described the pledge as an effort to help hasten the end of the crisis, and it earned Moderna goodwill.

On Monday, Moderna announced that it was “updating” its pledge, opening up the possibility of enforcing its patents in middle- and high-income countries. The company said it would continue to “never enforce” its patents for COVID vaccines in 92 of the world’s poorest countries, many of them in Africa or Asia, or against other manufacturers making vaccines exclusively for those markets.

It was unclear precisely what the updated enforcement may look like, or what threats the company is responding to, in part because there is no manufacturing of Moderna vaccines other than by the company itself or its contractors.

Moderna’s patent pledge has yet to produce any results in part because the company hasn’t shared its vaccine formula or transferred its technology to manufacturers that could have produced it at a lower cost for poorer nations.

Although South Africa is not included among the countries protected from patent enforcement, Moderna will not seek to block a World Health Organization-backed effort in South Africa to reverse-engineer the company’s COVID vaccine, said Colleen Hussey, a Moderna spokesperson.

Despite Moderna’s vow not to block that effort, Zain Rizvi of the advocacy group Public Citizen, who has researched Moderna’s COVID patents, said he is concerned that Moderna’s updated pledge could still “harm efforts to make the vaccine technology available in other developing countries.”

Moderna sold 800 million doses of its COVID vaccine to governments last year, generating $17.7 billion in revenue. The company has booked agreements to sell at least $19 billion worth of its vaccine this year. Pfizer, which manufactures the other mRNA vaccine widely used in the United States and elsewhere, has a similar policy of nonenforcement of its patents in the world’s poorest countries.

Nearly a year ago, when vaccines were in severely short supply in lower-income countries, the Biden administration supported a proposal before the World Trade Organization to waive intellectual property protections for COVID vaccines. That proposal, fiercely opposed by the pharmaceutical industry, has made little progress.

In the news release on Monday, the company said it “remains willing” to license its COVID vaccine technology “on commercially reasonable terms” to manufacturers in middle- and high-income countries.

Chhattisgarh CM again made headlines, for the first time in the country, presented the budget in a b...
4,362 corona cases were registered in the country in the last 24 hours, 66 died
Petition in Supreme Court for students returned from Ukraine, demanding place in Indian colleges
Previous Post