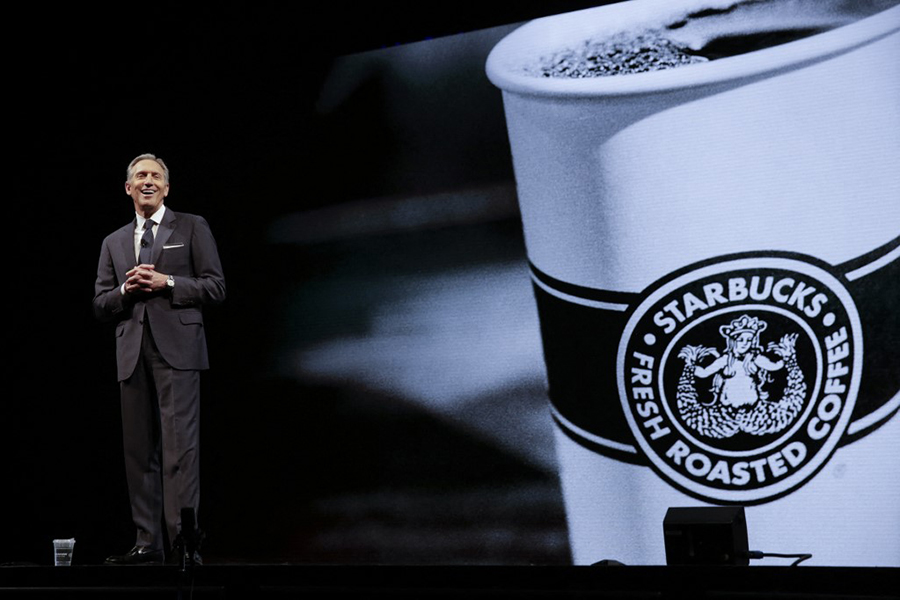 After stepping down as chief executive in 2000, Howard Schultz, 68, returned as CEO from 2008 to 2017, when Johnson took over and Schultz became executive chairman. Schultz will also rejoin the company’s board
Image: Jason Redmond / AFP

For the past two years, even as the pandemic shut down key markets and created supply shortages, Kevin Johnson, the chief executive of Starbucks, managed to lead the company to robust revenue and profit growth.

But in recent months, those operational and financial successes have been overshadowed by a wave of employees — “partners” in Starbucks parlance — who have taken to social media to criticize work conditions and raise other issues at the chain. As a result, more than 100 Starbucks stores in more than 25 states have filed for union elections. Many either have begun to vote or are likely to vote in the coming months. At least six have voted to unionize.

On Wednesday, in an abrupt move, Starbucks said Johnson, who has held the job since 2017, will retire on April 4 after 13 years with the company.

His interim replacement until the board of directors names a permanent one is a familiar name: Howard Schultz.

Schultz, 68, joined Starbucks in the 1980s and built it into a global coffee giant. And this isn’t the first time he has come back to oversee the company. After stepping down as chief executive in 2000, he returned as CEO from 2008 to 2017, when Johnson took over and Schultz became executive chairman. Schultz will also rejoin the company’s board. Shares of Starbucks rose 4.8% to $87.10 on Wednesday.

The unexpected leadership change followed weeks of mounting pressure from investors as more stores filed for union elections. “We believe that Starbucks’s reputation may be jeopardized due to reporting of aggressive union-busting tactics,” a large group of investors, representing more than $1 billion in Starbucks stock, said in a letter sent to Johnson on Tuesday. Starbucks has denied engaging in anti-union activity.

This week, the National Labor Relations Board filed a complaint accusing the company of illegally penalizing two workers involved in a union drive at a Starbucks in Phoenix, the latest in the chain’s labor struggles.

It is unclear whether the return of Schultz signals a softening of the company’s battles against unions or a deeper entrenchment. Schultz, who stepped down as executive chairman in 2018 and was, at the time, one of the largest Starbucks stockholders with 33 million shares, has played a significant role in the company’s response to stores that have sought to unionize.

Starbucks declined to make Schultz and Johnson available for interviews.

The Age: The Legacy of a Free Press 2022
7 killed in Delhi's Gokulpuri fire accident, CM Kejriwal meets victims
Which party got how many seats and how many votes in Goa? You will be surprised to see the exit pol...
Previous Post

Forbes India – Trends That Are Redefining Your Cuppa

How did Shatrughan Sinha join TMC? Told the role of this person is important

How did Shatrughan Sinha join TMC? Told the role of this person is important