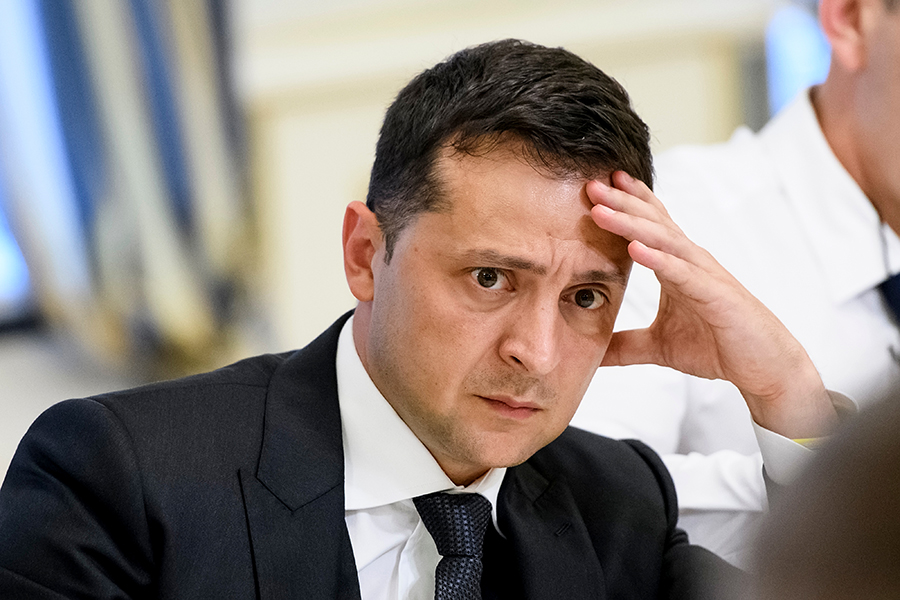 “I have cooled down regarding this question a long time ago after we understood that … NATO is not prepared to accept Ukraine,” said Ukraine President Volodymyr Zelensky in an interview. (Credit: Shutterstock)

Washington, United States: President Volodymyr Zelensky said he is no longer pressing for NATO membership for Ukraine, a delicate issue that was one of Russia’s stated reasons for invading its pro-Western neighbor.

In another apparent nod aimed at placating Moscow, Zelensky said he is open to “compromise” on the status of two breakaway pro-Russian territories that President Vladimir Putin recognized as independent just before unleashing the invasion on February 24.

“I have cooled down regarding this question a long time ago after we understood that … NATO is not prepared to accept Ukraine,” Zelensky said in an interview aired Monday night on ABC News.

“The alliance is afraid of controversial things, and confrontation with Russia,” the president added.

Referring to NATO membership, Zelensky said through an interpreter that he does not want to be president of a “country which is begging something on its knees.”

Russia has said it does not want neighboring Ukraine to join NATO, the transatlantic alliance created at the start of the Cold War to protect Europe from the Soviet Union.

In more recent years the alliance has expanded further and further east to take in former Soviet bloc countries, infuriating the Kremlin.

Russia sees NATO enlargement as a threat, as it does the military posture of these new Western allies on its doorstep.

Shortly before he shocked the world by ordering the invasion of Ukraine, Putin recognized as independent two separatist pro-Russian “republics” in eastern Ukraine — Donetsk and Lugansk — that have been at war with Kyiv since 2014.

Putin now wants Ukraine, too, to recognize them as sovereign and independent.

When ABC asked him about this Russian demand, Zelensky said he was open to dialogue.

He said these two regions “have not been recognized by anyone but Russia, these pseudo republics. But we can discuss and find the compromise on how these territories will live on.”

“What is important to me is how the people in those territories are going to live who want to be part of Ukraine, who in Ukraine will say that they want to have them in,” Zelensky said.

“So the question is more difficult than simply acknowledging them,” the president said.

“This is another ultimatum and we are not prepared for ultimatums. What needs to be done is for President Putin to start talking, start the dialogue instead of living in the informational bubble without oxygen.”