Forbes India – What Is The Traditional Japanese ‘stand-up’ Comedy Rakugo? 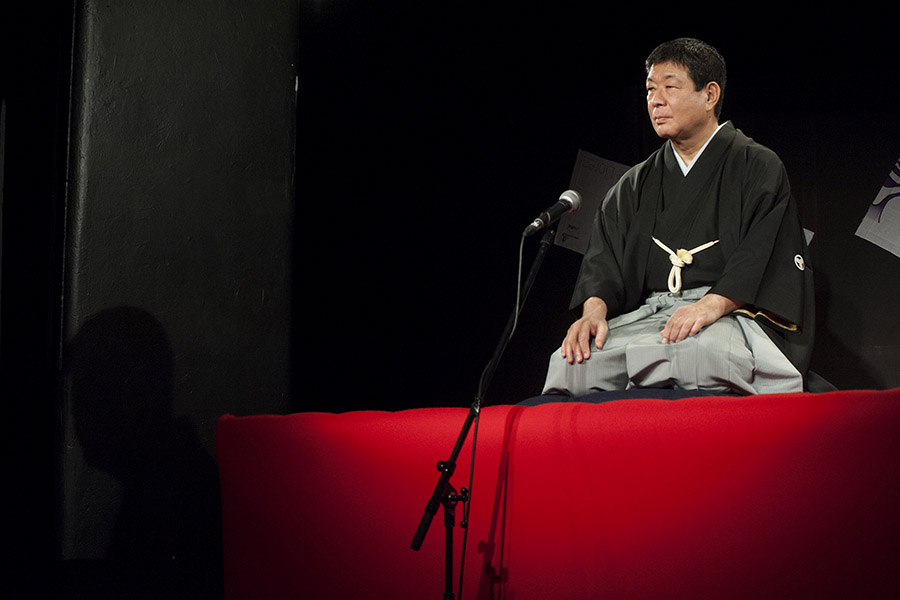 According to a 2015 survey by Hapiken, 26.4% of Japanese have attended a performance.
Image: posztos / Shutterstock

Increasingly recognized internationally, rakugo, a traditional humorous performance, is a quintessential art form in Japan. Artists take on a range of various characters to tell comical or sentimental stories. Once reserved for men, rakugo is experiencing a revival thanks to female comedians who have been noticed for their talent.

Ok, it’s not exactly stand-up comedy; rakugo has its own characteristics but in some ways it is similar to stand-up. It’s a traditional form of comedy show in Japan. The performer, called a “rakugoka,” is alone on stage, often dressed in a kimono, and tells timeless stories as well as classic tales from Japanese history. Literally, “rakugo” means “fallen words.”

Sitting on a cushion throughout the performance, the storytellers use no stage set. Their only props are a small piece of cloth and a fan; the rest relies on the spoken word. And as in a one-man show, the rakugoka embodies several characters to make the story a dramatic narrative wrapped in puns and wordplay.

Very widespread in Japan since the Edo period (1600-1868 approximately), rakugo remains a very popular art form today. Performances take place every day in Tokyo, Osaka and other cities in Japan.

According to a 2015 survey by Hapiken, 26.4% of Japanese have attended a performance.

Little known outside of Japan, rakugo is nevertheless beginning to gain popularity internationally in recent years.

“I’ve been receiving lots of emails and messages from groups, from schools and individuals outside Japan with various interests in rakugo,” rakugoka Diane Kichijitsu, originally from Liverpool, UK, outlined in an interview with Japan Times, where she pointed out that the form is becoming increasingly known elsewhere.

In December 2021, the world of rakugo even experienced a small revolution as Japanese actress Niyo Katsur was awarded the prestigious NHK prize for best young rakugo artist. A first for an art form long reserved for men.

List of JDU candidates may be released tomorrow, know on which names have been agreed

Will Yogi government give free gas cylinders in UP…

Why was the Goa Legislature Party meeting…