Forbes India – Is She, Isn’t She? Anna Sorokin Still In US Amid Deportation Rumors 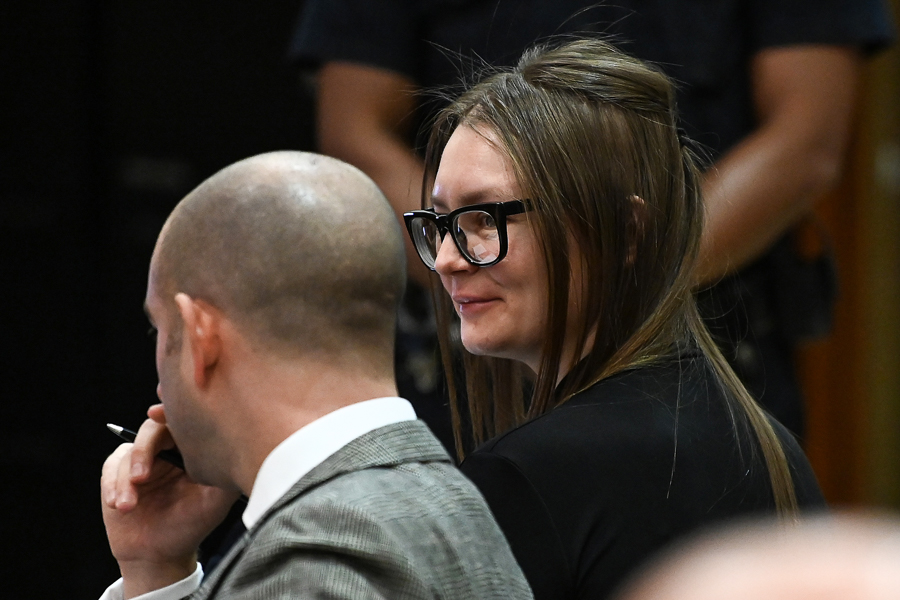 A file photo of the fake German heiress Anna Sorokin next to her attorney during her sentencing at Manhattan Supreme Court May 9, 2019 following her conviction. (Credit: Timothy A. Clary /AFP via Getty Images)

New York, United States: Fake heiress Anna “Delvey” Sorokin remains in custody in the United States, US immigration authorities said on Tuesday, despite reports she was about to be deported to Germany.

Sorokin, who was jailed in 2019 for scamming hundreds of thousands of dollars from hotels, banks and friends and who inspired a hit series on Netflix, “remains in ICE custody pending removal”, the Immigration and Customs Enforcement agency said.

US media had reported on Monday that Sorokin, who carried out her scams under the assumed name of “Anna Delvey“, was about to be extradited to Germany on a Frankfurt-bound flight.

Her lawyer Manny Arora, who did not respond to requests for comment from AFP, confirmed to the British tabloid The Daily Mail that he had filed an emergency appeal late Monday to stop a deportation order dated February 17, and valid for 30 days, and to postpone it for another month.

He also confirmed a report by the New York Post on Monday, that Sorokin had left the ICE detention center in Goshen, north of New York City — where she has been detained for a year — to board the flight to Frankfurt.

But a spokesman for the police at Frankfurt airport said Sorokin had not arrived there as of Tuesday afternoon, and US immigration authorities said she had never left her detention facility.

Amid all the confusion, Sorokin was due to appear Wednesday on the Spotify podcast “Call Her Daddy,” which focuses on sex and relationships. Spotify said the interview had been pre-recorded by host Alexandra Cooper from Sorokin’s detention facility.

In the podcast, Sorokin denied she was a fraudster, saying “I’m like a performer,” according to The Daily Mail.

The 31-year-old Russian-German citizen managed in 2016 and 2017 to deceive New York’s elites by posing as a wealthy heiress, when in fact she was the daughter of a truck driver originally from the suburbs of Moscow.

Sorokin was sentenced to between four and 12 years in prison but was released in February 2021 for good behavior, only to be arrested again the next month for overstaying her visa.

Capable of weaving skillful lies with extraordinary aplomb, the young woman posed as a German heiress with a fortune of $60 million, allowing her to obtain tens of thousands of dollars in loans from several banks.

Between November 2016 and August 2017, she traveled for free by private jet and lived on credit in Manhattan hotels, without ever paying a cent, according to New York prosecutors, who estimated her frauds totaled to around $275,000.

Sorokin, who first arrived in New York in 2013, had even tried to obtain a $22 million loan to launch a select club in Manhattan.

Her incredible story seduced television producer Shonda Rhimes (“Grey’s Anatomy“, “Scandal”) who made it into a mini-series on Netflix, “Inventing Anna”, with Julia Garner in the title role.

According to media reports, Sorokin received $320,000 dollars from the streaming giant.

1 lakh people will be able to sit, from helipad to parking of 1000 vehicles, CM Yogi will be sworn in here

Amidst the Russian attack, how many thousands of…

Best To Know About Wetherspoons in 2022

Screening report of policemen above 50 years of…

Before the victorious procession,…