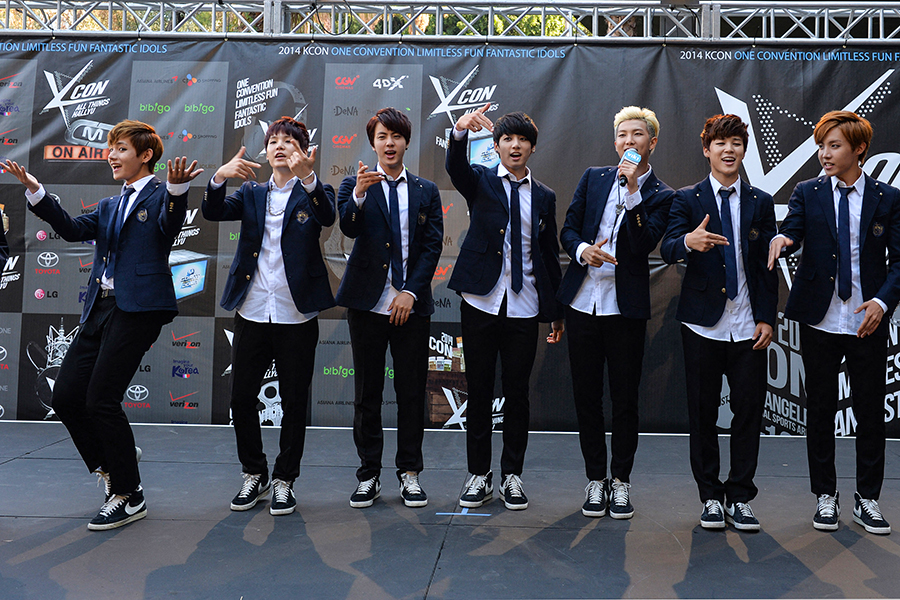 South Korean supergroup BTS return to the stage in Seoul to play for their adoring home-grown fans for the first time since 2019 on Thursday, after tickets for the three-night stadium concerts sold out in minutes.

While Covid-19 emptied arenas and shut clubs worldwide, the K-Pop septet thrived during the pandemic—scoring a string of number one hits, expanding their global fanbase, and reaping record profits.

Despite most of the band catching the virus, the trailblazing musicians barely missed a beat as the world locked down—using social media, fancams, and livestreams to cement their position as the world’s biggest and most influential boyband, analysts say.

“Oddly enough, I think that the pandemic may have helped BTS to grow their worldwide fame,” said “K-Pop professor” CedarBough Saeji of Pusan National University.

“So many people who were stuck at home and desperate for something new fell down the rabbit hole of BTS,” Saeji told AFP.

The group’s feel-good songs were a “perfect” antidote to Covid blues, she said, and their digital native fans, well used to livestreaming gigs and social media engagement, pivoted naturally to virtual concerts.

Even BTS’ first-ever No. 1 hit on the Billboard Hot 1ial00 “Dynamite” wouldn’t exist without Covid: “we were trying to convey the message of healing and comfort to our fans,” bandmember Jin told Esquire.

The floppy-haired musicians, all in their 20s and often sporting earrings and lipstick, appeal to a generation comfortable with gender fluidity.

They are credited with generating billions for the South Korean economy, and their label HYBE enjoyed a surge in profits despite holding fewer concerts during the pandemic.

People are drawn to BTS because their music “reflects the world’s complexity and human experiences”, said Candace Epps-Robertson, an assistant professor at the University of North Carolina-Chapel Hill.

“We want to hear how others process challenging emotions and obstacles,” she told AFP.

K-pop followed the success of Japan’s J-pop in the 1990s and quickly won a strong following in Asia, but had struggled to cross the Pacific.

BTS are widely credited for bringing K-pop into the mainstream in the US, and analysts say the pandemic supercharged their role on the world stage.

The group was invited to the United Nations General Assembly last year—their second visit—to deliver a speech about embracing change.

This “shows another dimension that previous K-pop acts didn’t have”, said Ramon Pacheco Pardo, a professor at King’s College London.

When three members tested positive for the virus—two more were later infected—Tedros Adhanom Ghebreyesus, the World Health Organization chief, wished them a fast recovery on Twitter, adding a reminder about the importance of vaccinations.

That tweet garnered tens of thousands of engagements, and researchers said BTS—all vaccinated—had become “the most significant driver of health discourse” on social media.

Despite fewer concerts, HYBE enjoyed a record-setting year in 2021 posting more than $1 billion in sales, driven by online content and albums.

Even before the pandemic, social media had been a key tool for BTS to connect with their largely female fans—collectively known as ARMY.

The group has always livestreamed concerts to accommodate their global fanbase, a practice that made “the transition to online-only, streamed concerts at least slightly easier”, said Jenna Gibson, a PhD candidate at the University of Chicago.

In 2020 BTS were forced to call off what was supposed to be their largest international tour with almost 40 gigs, though they held some concerts online.

The group’s first in-person show since the pandemic was at SoFi Stadium in Los Angeles in November, with the four-night run grossing $33.3 million, according to Billboard.

The same can be expected for this week’s concert, part of their “Permission to Dance on Stage” tour, but for fans, the resumption of the “communal experience” of live music is key, Gibson said.

“Fans truly missed that during the pandemic,” she said.

Body of student killed in Ukraine will be brought to India on Monday, not Sunday: CM Bommai
Shahnawaz Hussain's taunt on Congress - Priyanka saved the party from getting out on zero in UP
NIA files chargesheet in 3 thousand KG drugs case caught from Mundra port in Gujarat
Previous Post

Big victory for BJP in Assam, know the condition of Congress

Big victory for BJP in Assam, know the condition of Congress